Tirupati, 27 May 2021: Many Puranas, Epical evidences clearly indicate that the holy shrine of Tirumala is the birth place of Anjaneya, asserted Professor Muralidhar Sharma, Chairman of the Pundit Committee constituted by TTD and Vice-Chancellor of National Sanskrit University.

Addressing a media conference at the University on Thursday evening, the VC refuted the claims made by Sri Govindananda Saraswati Swami, Founder of Sri Hanumad Janmabhoomi Teertha Kshetra Trust, Hampi who stated that Sri Anjaneya was born at Anjanahalli on the banks of river Pampa near Hampi in Karnataka, Sri Muralidhara Sharma said the Swamiji could not able to prove his point with any sort of evidences.

He said the Govindananda Saraswati was invited to the university on Thursday morning where for three hours discussions were held on the issue with the scholar Sri Kuppa Vishwanatha Sharma as moderator.

He said the arguments propounded by Sri Govindananda Swami were challenged with material evidences at the debate and he was also sought to accept that the evidences existing in Puranas were basic tenets of Hindu culture.

It was also appealed to the Swami to not belittle the TTDs endeavour as was done by him through his writings via mails.

After the literary and spirited debate the moderator Sri Kuppa Vishwanatha Sharma declared that the findings of TTD Pundita Parishad were concrete and that the arguments of the Hampi Swami held no substance as they lack proper evidences. 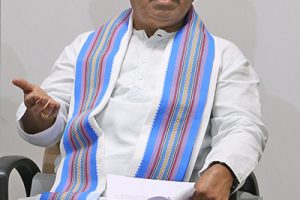 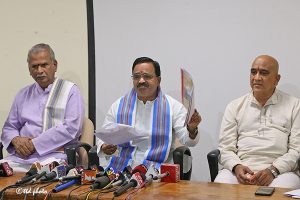 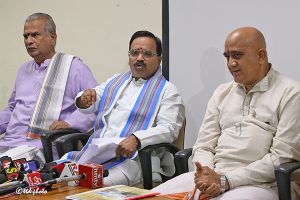 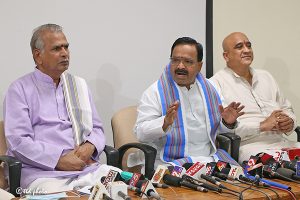 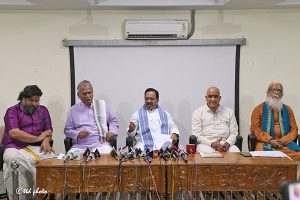