Tirupati, 30 Dec. 20: In connection with the Tirunkashatram (Birthday) of HH Sri Sri Pedda Jiyar Swamy of Tirumala on 31st December, the temple honours to the Chief Pontiff of Tirumala were offered to him along with his disciples in Tirupati on Wednesday.

As part of this, the senior pontiff of Tirumala was given honours at Sri Padmavathi Ammavari temple at Tiruchanoor, Sri Govindaraja Swamy and Sri Kodanda Rama Swamy temples at Tirupati.

Speaking on this occasion, Tirupati JEO Sri P Basanth Kumar said, it’s an honour to be a part in the Tirunakshatram of Sri Pedda Jiyar Swamy who was extended the Birthday Greetings in a traditional way at all the three major temples in the pilgrim city.

Meanwhile, there will be temple honours to Sri Pedda Jiyar Swamy at Tirumala temple, after the Second bell on December 31. He will have darshan of Lord Venkateswara on his 71st Tirunakshatram along with his disciples. 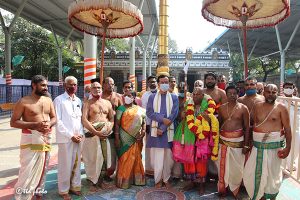 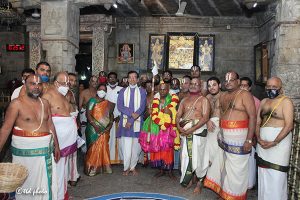 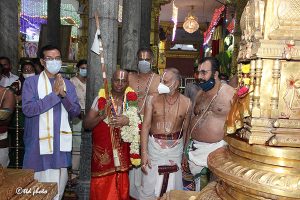 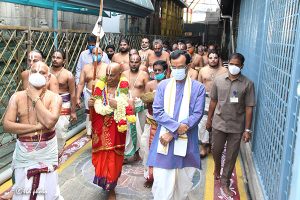 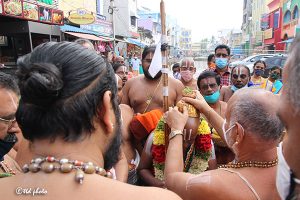 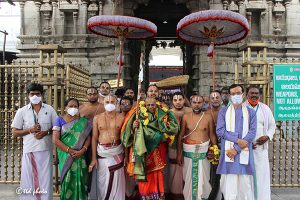 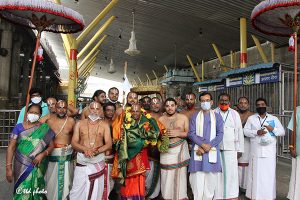