The Chairman inspected the roof slab works on Alipiri footpath taken up by Reliance group on donation. The Additional EO Sri AV Dharma Reddy explained about a video on the pylon and significance of Alipiri footpath.

Thereafter the TTD chairman inspected the Go Mandiram built by a Chennai base donor and enquired about its features like Saptha Go Pradakshinashala, Go Tulabharam etc. from Additional EO and donor Sri Sekhar Reddy.

He also inspected the arrangements at the Paediatric Cardiac hospital got up at BIRRD complex including the ICU, operation theatres and Reception.

Speaking to media persons later the TTD Chairman said on October 11, Honourable CM will launch all the mega development works of TTD like temporary building of the Paediatric hospital under construction built at a cost of Rs.25 crore, the Alipiri footpath roof slab works of Rs. 25 crore and the Go Mandiram constructed at Rs.15 crore. Later he will participate in the majestic Garuda seva at Srivari temple and present official silk vastrams on behalf of AP Government.

On October 12 Tuesday, the Honourable CM will inaugurate the second Boondi potu (kitchen) constructed on donation by Sri N Srinivasan of India Cements. Thereafter he will launch the Kannada and Hindi channels of SVBC along with Karnataka CM Sri Basavaraj Bommai. 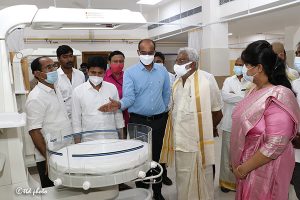 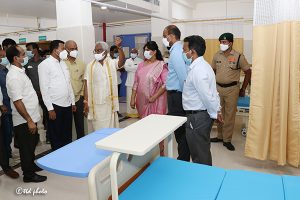 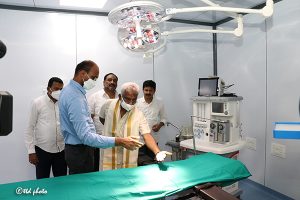 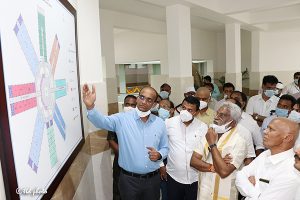 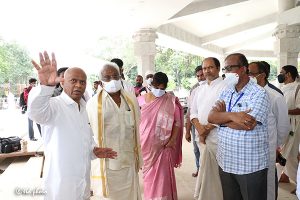 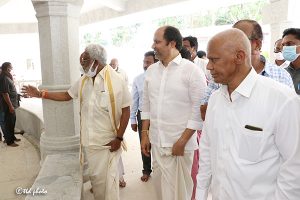 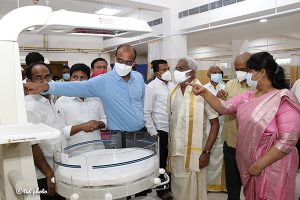