Tirumala, 5 January 2020: TTD Chairman Sri YV Subba Reddy along with the Honourable Endowments Minister Sri Vellampall Srinivas conducted an inspection of VQC-2 and sheds of Narayanagiri Gardens specially made for Vaikunta Ekadasi and Dwadasi at Tirumala.

The TTD Board Chief interacted with the devotees in queue lines who expressed their immense satisfaction over the arrangements.

Later he told media persons that a record number of 90,000 devotees had queued up at Tirumala and that TTD officials had made all arrangements for drinking water, Anna Prasadam, coffee, tea etc. for them.

He said a large posse of TTD officials, Srivari Sevakulu, scouts and police were rendering stellar services to pilgrims.

He appealed to devotees to patiently beget Vaikunta dwara darshan and blessings of Lord Venkateswara. 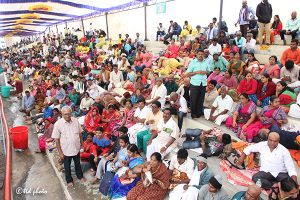 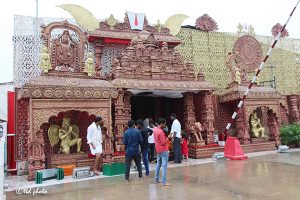 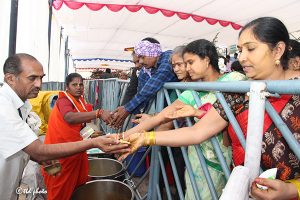 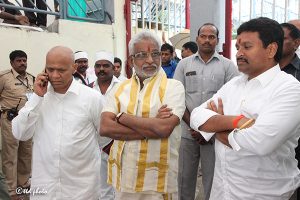 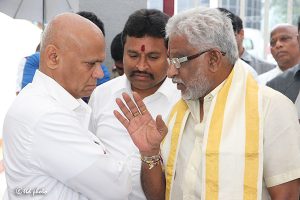 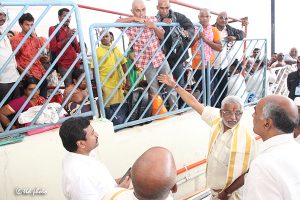 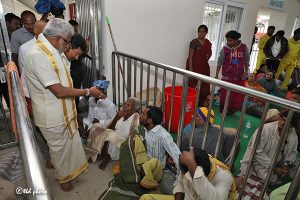 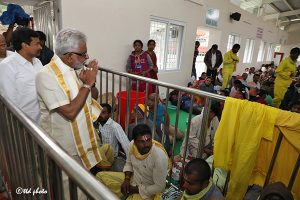 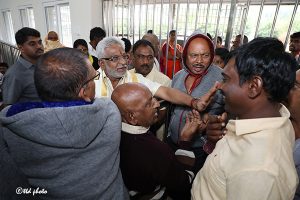 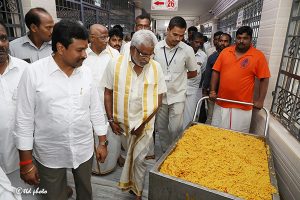