Chennai, 15 Mar. 20: TTD Chairman Sri YV Subba Reddy along with TTD EO Sri Anil Kumar Singhal called on Chief Minister of Tamil Nadu Sri E Palaniswamy in his office on Sunday and invited him for the Ground Breaking Ceremony for the construction of Sri Padmavathi temple at Chennai on April 9.

Speaking to Media later the Chairman said that several other pending issues concerning with TTD have also been discussed with the honourable CM of Tamilnadu, who responded favourably to TTD requests.

He said TTD has requested and identified 11 acres of land on the OMR -ICR roads for developing a Sri Venkateswara Divya Kshetram, Kalyana mandapam and an Information Centre.

TTD had also sought TN CM to hand over the land at the earliest for commencing the process of construction of temple as desired by the devotees of Tamil Nadu.

Similarly TTD chairman said on the request of building an Srivari temple at the Ulundueupetai, a decision will be taken after discussing with AP Chief Minister.

He said land for the temple was already donated by the local MLA and TTD board member Sri Kumara Guru and local devotees are also keen to raise a donation of Rs.10 crore towards the construction of temple and TTD would also contribute favourably towards the project.

The TTD chairman also appealed to the honourable chief minister to grant tax exemption for all TTD construction activities in Tamil Nadu, as TTD is a religious and charitable institution conducting all dharmic activities as per the AP Endowment Act. 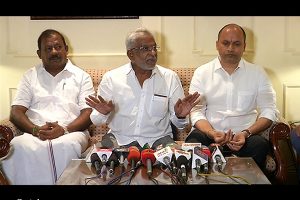 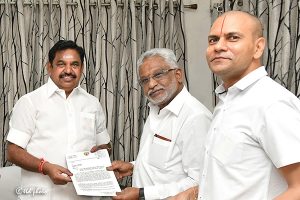 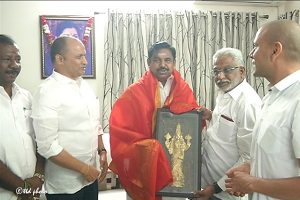