Tirumala, 3 Oct. 19: Andal Sri Godadevi garlands which are traditionally presented for Garuda Seva during the annual Brahmotsavams were brought from Srivilliputtur of Tamilnadu on Thursday.

The sacred garlands were first brought to Pedda Jeeyangar Mutt in Tirumala and after special pujas they were taken inside the Srivari Temple after a procession on the four-mada streets.

Speaking to media later, TTD EO said it was a traditional practice that the garlands adorned to Sri Godadevi at Srivilliputtur temple were brought for decorating the utsava idol of Sri Malayappaswamy on the Garuda seva day. 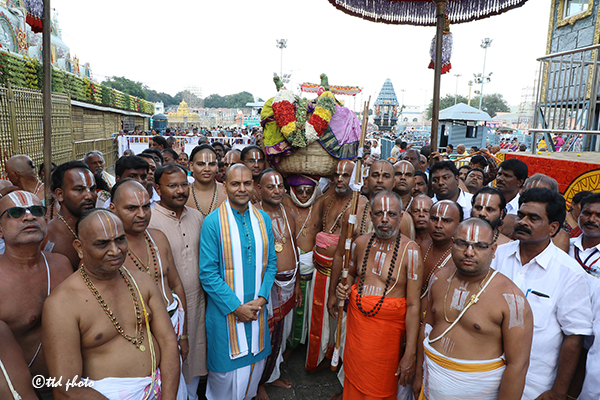 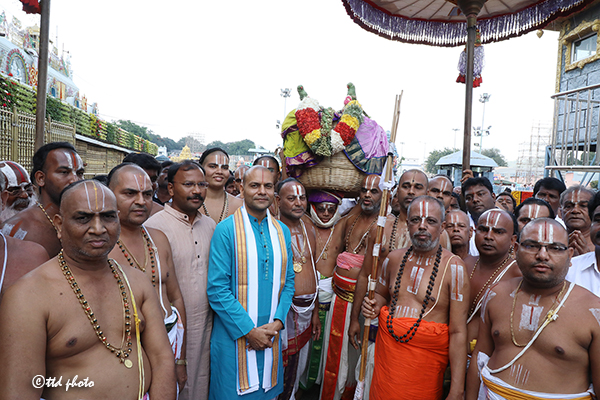 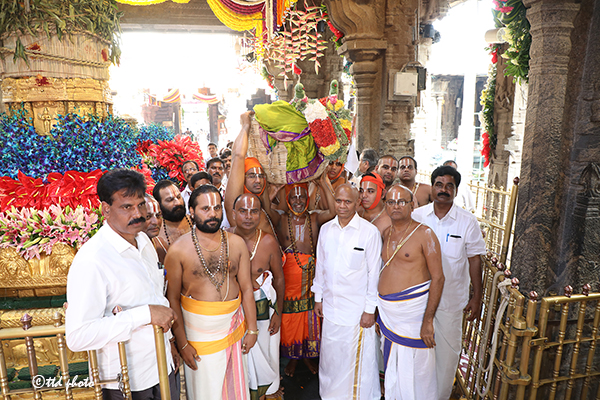 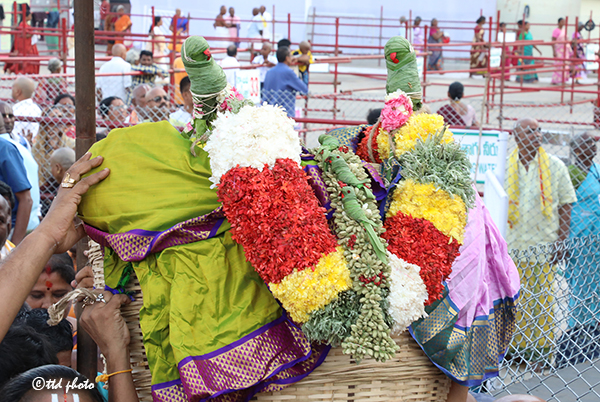 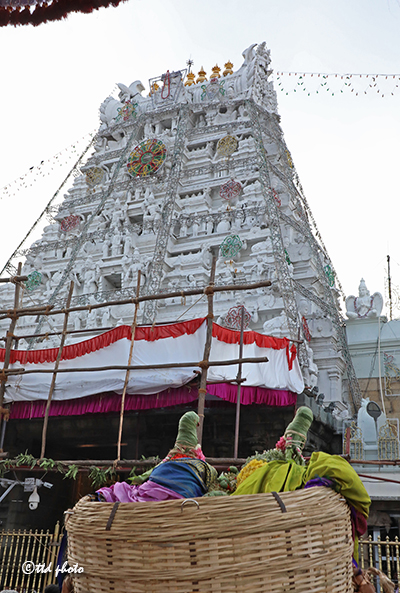