Tirumala, 6 Dec. 19: TTD has released the On-line quota of Srivari temple Arjita seva tickets for the month of March 2020 on Friday. The quota details as follows:

During the Dial Your EO programme held on Friday at Annamaiah Bhavan at Tirumala, the EO Sri Anil Kumar Singhal briefed the pilgrims about the upcoming important events via media. He said, TTD Calendars for the year 2020 are already available at TTD publications stalls of Tirumala and Tirupati. From December 10 onwards both the Calendars and Diaries will be available at all TTD Information Centres.

In connection with Vaikuntha Ekadasi on January 6 and Vaikuntha Dwadasi on January 7, TTD is making elaborate arrangements including laying of German Shields in the galleries of four mada streets, Anna Prasadam, drinking water, toilets etc.

TTD is organising Geeta Jayanti to inculcate significance of Bhagawad Geeta among students On December 7 wherein 10,000 students will participate and recite at one go.

The Srivari temple will remain closed for 13 hours from 11pm of December 25 till 12 noon of  December 26  in view of Solar Eclipse on December 26.

The Sarva Darshan will commence from 2pm onwards on December 26. 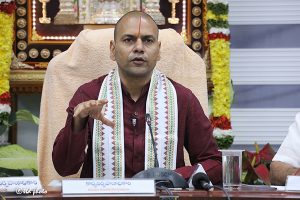 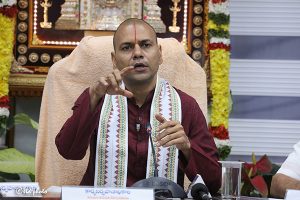 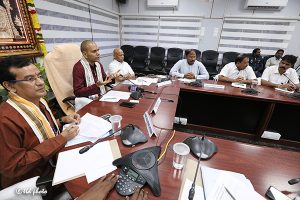