Tirumala, 15 February 2021: After his inspection at TTD Veda Pathashala in Keesaragutta on Monday, the EO Dr KS Jawahar Reddy instructed the Engineering Officials concerned to send proposals to take up development works of the Vedic institution.

The Principal Sri D Mallikarjuna Avadani informed EO that the Hostel building accommodates only 40 pupils whereas there are 120 students studying at present in Veda Pathashala at Keesaragutta. He also sought EO that necessary barricading might be provided to prevent the entry of wild beasts into Yagashala and Vedapathashala premises. EO directed the officials concerned to send a proposal plan to take up the development works.

Later the Vedic students brought to the notice of TTD EO that though they have become accomplished pundits after pursuing eight years Vedic course in TTD, they are denied employment in Vedic related posts by the Endowments Department of Telangana State. EO told them that he will definitely discuss the issue in the ensuing TTD Trust Board Meeting which is slated on February 27.

The EO had darshan of Sri Ramalingeswara Swamy in Keesaragutta. He also visited TTD Information Centre, Kalyana Mandapam, Guest House, Dining Hall which are under renovation. The officials concerned informed the EO that the works will be completed by this April. Later he also visited the SVBC Studio, HDPP Office and interacted with the employees. 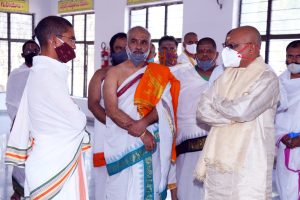 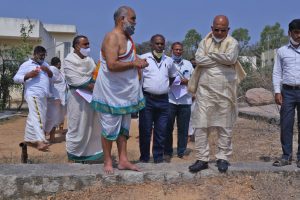 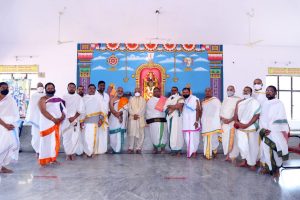 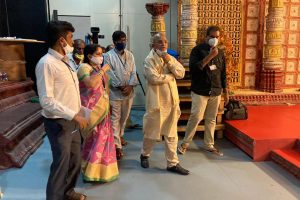 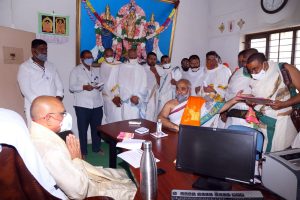 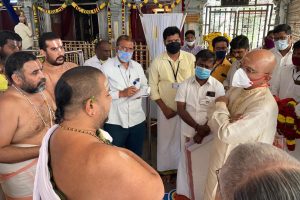 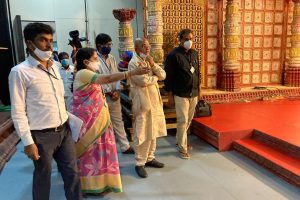