Tirumala, 30 Sep. 19: TTD Trust Board Chairman Sri Y V Suba Reddy today said that it was the endeavor of the TTD to promote Vedic studies and propagation of Vedas in a big way so that the people from all walks of life could enrich their spiritual and devotional lifestyles.

Earlier the Chairman inaugurated the Srinivasa Veda Vidwat Sadassu organised as a part of the annual Brahmotsavams of Srivari temple under the aegis of the  S V Institute of Higher Vedic Studies. TTD is committed to promote not only a basic education in Vedas but also higher studies and propagation of Veda Sutras to the common man.

The Chairman said TTD will initiate all steps to facilitate the learned Vedic pundits whose number is fast eroding.

Earlier, Dr AVSS Vibhishana Sharma, Project Officer of Sri Venkateswara Institute of Higher Vedic Studies (SVIHVS) said, the TTD has been organizing special lectures with one exponent of Vedas every day besides Chatur Veda Parayanam by 25  pundits at Asthana Mandapam during the nine days. He said as there were no patronizers for Vedas, it has led to a dwindling number of Vedic exponents in the country. There used to be 5000 top Vedic pundits during the British regime, but less than 3000 in Independent India. TTD has taken it as one of its chief aims to patronize Vedic exponents across the country, he added.

Meanwhile, on Monday, Prof. Sriman K E Devanathan, Dean of Rashtriya Sanskrit Vidyapeeth (RSVP) explained the importance of Purusharthas in Vedas which caught the attention of the audience. 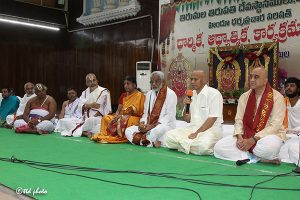 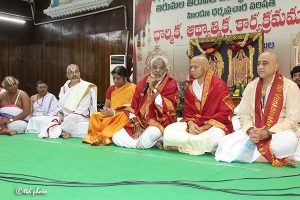 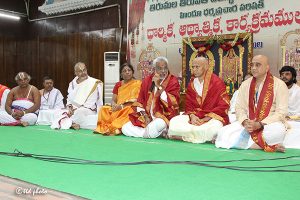 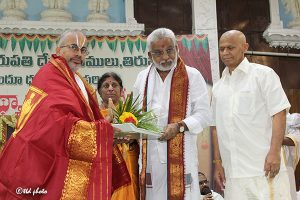