Tirumala, 31 July 2021: TTD Additional EO Sri AV Dharma Reddy said on Saturday that the two-day webinar on Anjanadri Tirumala-Birthplace of Anjaneya was a grand success and all participating Pontiffs and experts had helped TTD with additional inputs by affirming on Anjanadri Tirumala as the Anjaneya Swamy’s birthplace.

Addressing a media conference at the National Sanskrit University after the conclusion of the Webinar, the Additional EO said the foundation for Sri Ram mandir at Ayodhya by Honourable PM Sri Narendra Modi on August 5, 2020, inspired TTD to pursue the cause of Anjanadri in Tirumala as the birthplace of Anjaneya.

He said that on resolving the decades-old Rama Janma Bhoomi controversy, the TTD EO received countless emails and messages to conduct research and declare Anjanadri Tirumala as the birthplace of Hanuman.

The TTD EO set up a Pundits Parishad to pursue puranic, geographic and Archeological evidence which strived for months before arriving at the conclusion that Anjanadri was the birthplace of Anjaneya, he added.

Elaborating further he said that TTD had already built a temple for Anjaneya temple in 2016 itself by the then EO where a Bala Anjaneya idol was found hundreds of years ago.

As per motivation and spirit of devotion to Sri Rama in which Hanuman excelled TTD also launched 18 hour long unprecedented Sundarakanda parayanam of all 2800 odd slokas from this episode in epic Valmiki Ramayana.

He said the Astadasha puranas and Venkatachala Mahatyam have also vividly referred to Anjanadri Tirumala as Anjaneya birthplace.

The Additional EO further added that a book on puranic evidence of Anjaneya birthplace has been already published by Sri Chinna Jeeyarswami peetham and Mantralayam peetham and now TTD will also bring out a book in a few days declaring that Anjanadri Tirumala as Anjaneya Janmabhoomi.

He appealed to experts to come out with more proofs and data if any, in this regard as TTD was not keen to engage in any verbal duel in future on the issue. 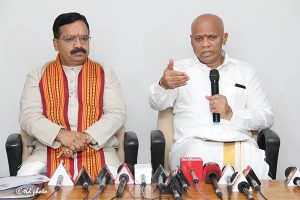 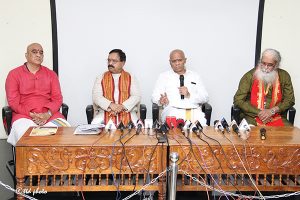 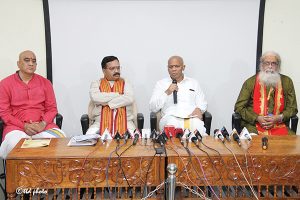