The Dial Your EO programme held for the first time after a gap of four months due to Corona lockdown restrictions, on Sunday at Annamaiah Bhavan in Tirumala on trial-basis instead of first Friday. During this programme, 14 callers had interacted with TTD EO Sri Anil Kumar Singhal to give their feedback and suggestions.

Callers Sri Sastry, Sri Ramalingeswara Rao from Tanuku, Sri Manohar from Tirupati lauded TTD efforts in arranging Vedaparayanam at NadaNeerajanam platform in Tirumala. They sought TTD to continue the programme forever. They also suggested TTD to organise Homams to ward off ill effects of Corona. Thanking the callers, TTD EO said, TTD has been organising several Homams and Parayanams since March. “We have conducted Dhanwantari Homam, Japa Yagnam, Yoga Vasishtyam in the last two months and now commenced Sundara Kanda Pathanam to overcome the ongoing Corona crisis across the world. We have been receiving emails from devotees of Srivaru across the globe for organizing the Veda Parayanam and telecasting live on SVBC during this hightime.

Callers Sri Ravi from Anantapur, Appanna from Visakhapatnam, Sri Siva Prasad from Chirala, Sri Uma Maheswara Rao from Hyderabad sought EO to think of sending pilgrims closure to Lord and also enhance the quota of online darshan tickets. Answering the callers, the EO said, the darshan for pilgrims has been stalled owing to Corona lockdown for nearly 80 days. After that we have resumed darshan for pilgrims from June 11 onwards. Now the devotees are having pleasant darshan without push and pull as we are allowing just 500 pilgrims per hour as against 5000 which used to be earlier in view of prevailing lockdown restrictions.

However we can think of enhancing the online quota based on the instructions we receive from Central and State governments from time to time, he added.

A caller Sri Purandharachari from Karimnagar sought EO solution to fulfil the tonsuring vow of his three year old child as TTD has restricted the entry for pilgrims below 10years and above 60years. In a reply to the query, EO said, in the existing circumstances, TTD cannot allow the pilgrims below and above the specified age groups as it is a directive from Central Government as CoronaVirus is more rampant in these age groups. “Keeping in view the health safety of all we have to abide by the rules”, he said.

Another caller Smt Sveta from Karimnagar sought EO, the process of receiving the refund for the darshan ticket which they had booked in May from e-Darshan counter. EO said, the refund will be arranged by the concerned department.

Sri Suman from Hyderabad sought EO to place rooms with higher tariffs also online as TTD has withdrawn many rooms in the tariffs over 1000 since six months. He also complained of poor maintenance of the rooms in Tirumala. Answering the pilgrim caller, EO said, as most of the pilgrims are not vacating the rooms in higher tariff in the stipulated time, TTD has decided to withdraw the rooms with higher tariffs booking online. “We have many rooms which are available below 500 but only limited rooms above 1000 tariff. So we have taken this decision. Reacting on room maintenance, the EO said, a couple of years ago an amount of Rs.110crore towards the improvement of rooms in Tirumala was sanctioned by TTD Board. We have already commenced the repair works six months ago. However due to Corona lockdown, the works were interrupted and we have resumed now”, he said. 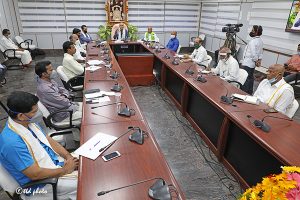 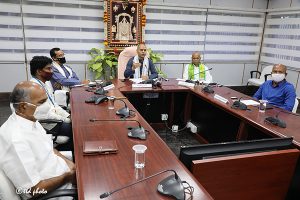 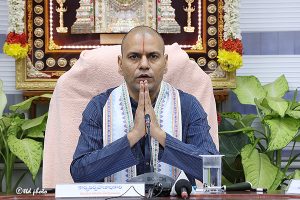 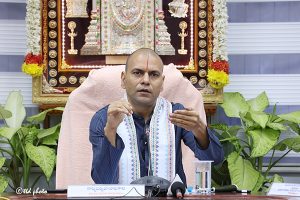 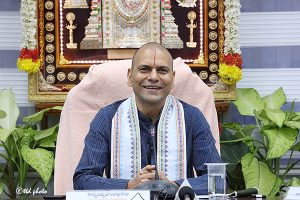