VEDAS ARE HERITAGE OF HUMANITY -GUV

Tirupati, 20 Feb. 20 ; Describing Vedas as Heritage of Humanity, the Honourable Governor of Andhra Pradesh and Chancellor of Sri Venkateswara Vedic University lauded the efforts of Tirumala Tirupati Devasthanams in supporting for the promotion of Vedas and imparting vedic education.

During his address on the occasion of Fifth Convocation in SV Vedic Varsity on Thursday evening at Varsity campus in Tirupati, the Chancellor said, Vedas are recognized as the most ancient scriptures in the world. Everything is derived from Vedas and we all should be proud of tradition and Nation”, he said amidst grand applause from audience.

The Governor also appealed to the students to play an active role in protecting mother earth from ecological imbalance by reducing the warmth in the atmosphere.

He called upon the vedic students to decipher the knowledge and information they have gained in the varsity for the benefit of the society. He recalled the commendable effort made by former Governor of United Andhra Pradesh late Sri Rameshwar Thakur in developing the SV Vedic Varsity to a great extent. He also congratulated the stalwarts who were conferred with Honoris Causa and students who excelled in their studies.

Another exponent Sri Chaganti Prakash Rao who is also conferred Vacahspathi told students to master in Vedas and offer the society an ethical way of life to lead.

Veteran Sanskrit Scholar Brahmasri Maddulapalli Suryanarayana Ghanapti is conferred with the prestigious “Maha Mahopadhyaya” title and he sought the students not to give up vedic education after their completion of course and enhance the knowledge by teaching vedas to others.

A total of 1174 students passed out from the varsity from 2009-2019. During the present convocation 351 students were presented with Degrees. A few books including Garuda Puranam along with a digital CD on Sivarathri Vaisistyam were released on this special occasion. 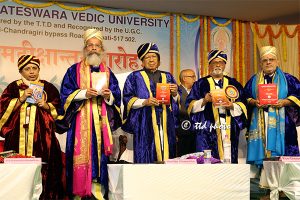 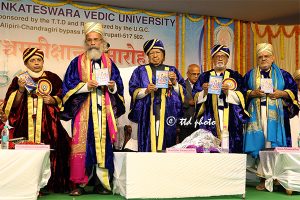 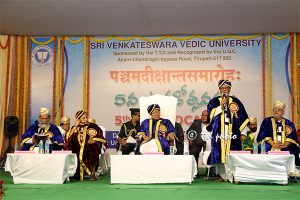 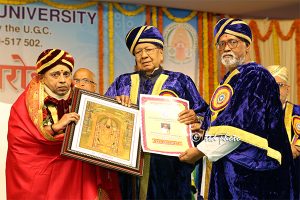 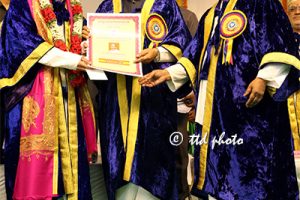 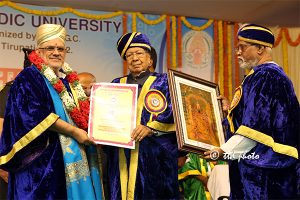 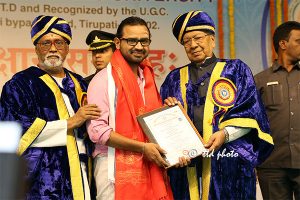 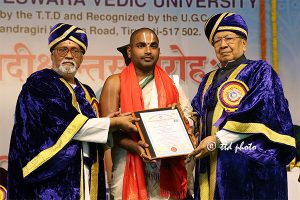 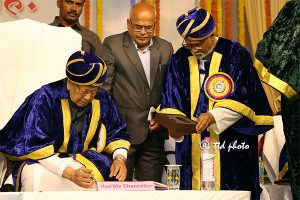 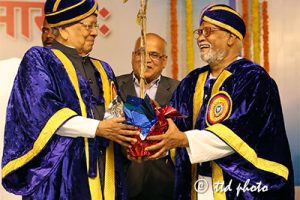 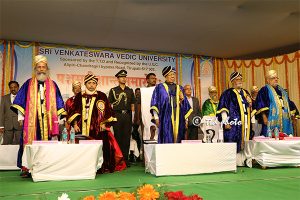 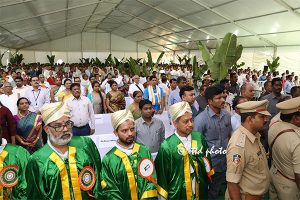 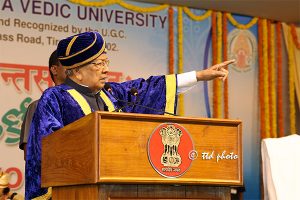 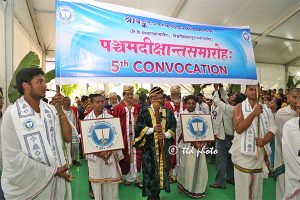