VIGILANCE STAFF TRAINED TO SPREAD SUCH AWARENESS AMONG DEVOTEES

Tirumala,21, March 2022: TTD has launched a special drive to achieve a World Health Organisation (WHO) recognition of Tirumala as a tobacco-free region.

As per existing Endowment legislation consumption of liquor, meat, and tobacco in Tirumala is an offense.

TTD vigilance department undertook stringent scrutiny exercises at the Alipiri toll gates to ensure that all such banned materials are not brought to the hill shrine.

To enhance awareness among devotees TTD has launched a two-day training program under the supervision of the TTD health wing for the vigilance staff at the Srivari Seva  Sadan on Monday.

The Vishnu Devi shrine in Jammu has already received WHO recognition as a tobacco-free region. The Non-Communicable Department of the AP government is making a proposal to achieve similar recognition to Tirumala.

Similarly, another batch of 500 vigilance Staff functioning at the Alipiri checkpoint and various locations of TTD  in Tirupati were also being trained in awareness against tobacco products at the SVETA Bhavan in Tirupati 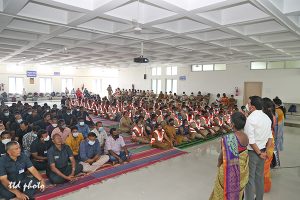 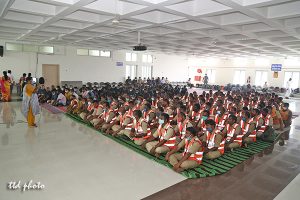 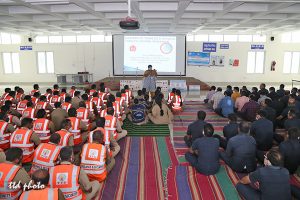 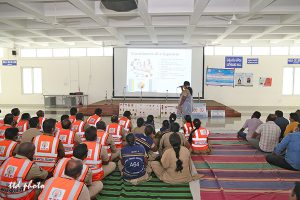