Tirupati, 16 Dec. 19: Ayurveda is not only an ancient medicinal system but is also an ultra modern medical science with solutions for all critical ailments and diseases, said JEO Sri P Basant Kumar.

The JEO inaugurated a six-day medical tutorial on the unique Ayurvedic treatment of Panchakarma at the Sri Venkateswara Ayurveda College in Tirupati on Monday.

As chief guest of the event, the JEO said that Ayurveda had attained public adoration and following. The medical tutorial programs like the present one will help practitioners in sharpening their medical skills.

He said as a part of its campaign to project and preserve the Vedic knowledge, culture, TTD had set up the Ayurvedic College and hospital.

Vice-chancellor of the SV Vedic Varsity Acharya Sannidhanam Sudarshana Sharma said Panchakarma was a unique traditional treatment of Ayurveda handed down by Vedic exponents in Medicine from times immemorial.

Head of the Panchakarma faculty in the SV Ayurveda Hospital Acharya P Muralikrishna said the tutorial program was designed in collaboration with the Ayush Ministry support of Government of India.

The principal of SV Ayurveda College Acharya A Shankar Babu, RMO Dr. Padmavathi Ayurveda exponents from 13 states, private practitioners, Doctors and students of the university participated in the event. 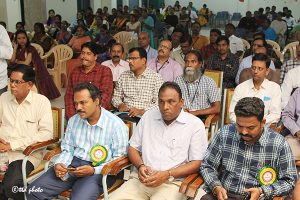 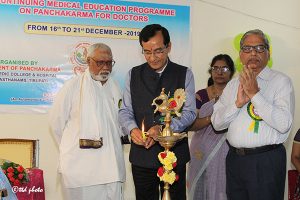 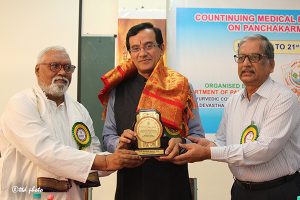 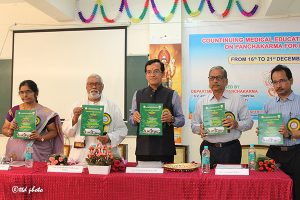 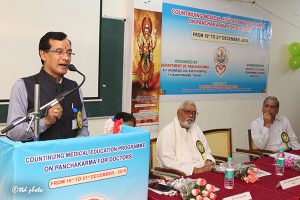