Tirumala, 13 Feb. 21: The foundation stone was laid ceremoniously for the construction of Goddess Sri Padmavati Ammavaru temple at GN Chettiyar street of T.Nagar in Chennai on Saturday morning.

Earlier, as part of the event Vishwaksena Aradhana and Ankurarpanam were performed on February 10 and Panchasukta hHomam was conducted on February 11 and 12.

On Saturday morning the Kanchi Seer Performed the sacred Shankusthapana which included Purnahuti and installation of foundation pylon at the site.

Earlier the Kanchi pontiff also launched the TTD’s prestigious program of Gudiko-Gomata campaign in Tamilnadu wherein 8 pairs of cows and calves with new clothes and Harati were donated to 8 temples in the state of Tamilnadu.

Speaking on the occasion the Kanchi Pontiff in his Anugraha Bhashanam sought blessings of Goddess Padmavati to eradicate poverty across the country and bestow prosperity on all.

He said the TTD has successfully taken up the Gudiko-Gomata campaign as part of its agenda for the propagation of Sanatana Hindu Dharma. 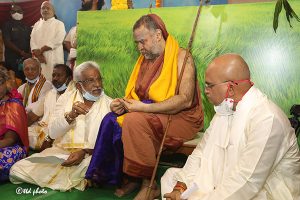 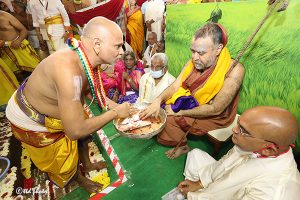 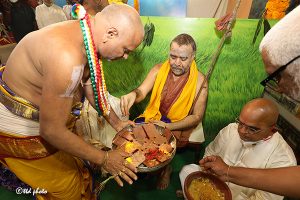 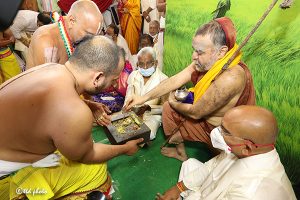 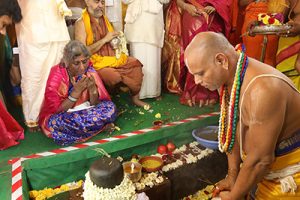 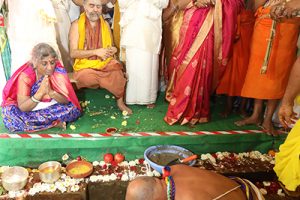 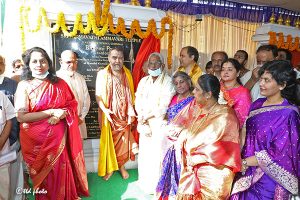 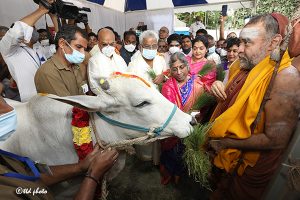 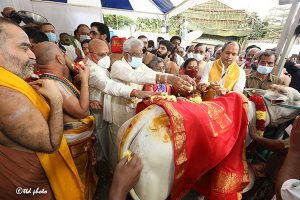