Tirumala, 21 October 2022: With another decisive step as part of the environmental protection in Tirumala, TTD has rolled out electric buses in the place of free Dharma Ratham buses which are being operated to shuttle within the hill town premises for the sake of a multitude of visiting pilgrims.

In this connection, the TTD Chairman Sri YV Subba Reddy conducted a review meeting at the Annamaiah Bhavan on Friday with the representatives of Olectra Co., APSRTC and TTD officials.

Speaking on the occasion, the Chairman said that on the directions of the Honourable CM of AP Sri YS Jaganmohan Reddy, TTD has already taken several initiatives to transform Tirumala into a pollution-free pilgrim centre and the ban on plastic bottles and covers was one of them while the eco-friendly vehicles succeeded the decision.

He said in the first phase, electric battery-operated cars were provided to TTD employees in Tirumala and later electric buses were introduced between Tirumala and Tirupati which received a huge response from devotees.

Upon the request of TTD Chairman, Sri Krishna Reddy, the Proprietor of Olectra Co.has readily agreed to provide 10 electric buses in the place of Dharma Ratham – the free bus facility for the transportation of pilgrims to their desirable destinations within Tirumala.

He said in the next phase all taxis and rented vehicles in Tirumala will be transformed into electric vehicles with TTD sponsoring them with bank loans.

Speaking on the occasion CMD Sri Pradeep of Olectra Company said they were blessed to be involved in the service of Sri Venkateswara Swamy by donating electric buses. Earlier a powerpoint presentation was made on the bus designs, maintenance and other aspects by a representative of the Company.

Thereafter the TTD chairman travelled in an electric bus from Annamaiah Bhavan to Lepakshi circle along with TTD officials for a hands-on experience of the bus operation. 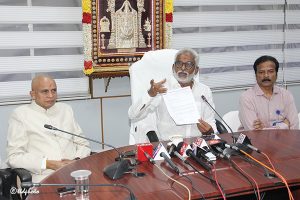 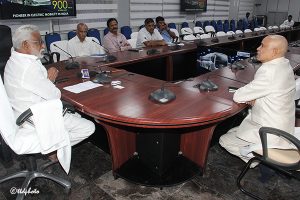 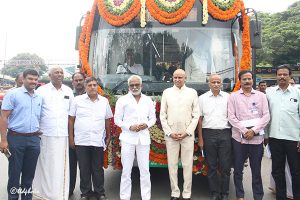 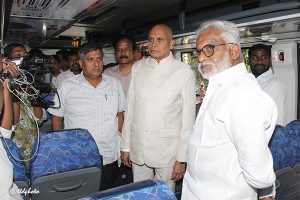 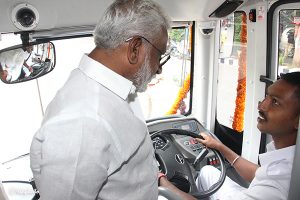 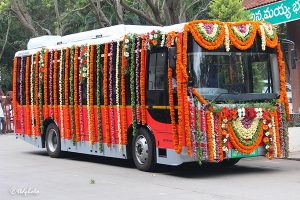