Tirupati, 03 February 2021: All the Dasa devotees should come forward and join hands with TTD in bringing out the valuable Dasa Padagalu to see light in the form of a compilation mulled by TTD named as Dasa Sahitya Sarvaswam, said TTD EO Dr KS Jawahar Reddy.

Reviewing with Dasa Sahitya Project officials of TTD via video conference from his chambers in the Administrative Building on Wednesday, the EO said, there are still lakhs of Kannada Dasa Padas which are yet to see light.

There are some tens of thousands of Sankeertans available in the Universities, libraries and with the successors of Kannada Dasas in Karnataka. All such Kirtans shall be gathered and published in the form of a book by TTD which will be useful for many.

The pundits who participated in the meeting told EO that they will definitely put their efforts in bringing out the sankeertanas and in their compilation. They sought wide publicity through SVBC and the media for this divine mission.

While agreeing to their request, TTD EO said Sri. Vijay Mutalik, an ardent devotee from Bengaluru will act as a coordinator. 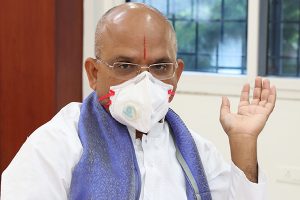 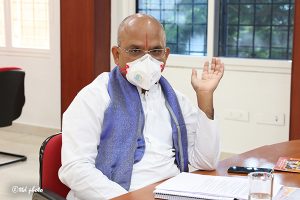