Rajanagaram, 16 April 2010: Tirumala Tirupati Devasthanam’s Chairman D.K.Adikeshavulu said today that the Loka Kalyana Rath will go to remote places of all southern states after the successful first phase tour of the remote districts of Andhra Pradesh.

He was addressing a press conference at the coastal town of Rajanagaram, in East Godavari district 40 kms from Hyderabad after inaugurating the first of its kind Lok Kalyana Rathams.

The Lok Kalyana Ratham is the replica of the sanctum of  Srivari Temple at Tirumala with a three feet tall idol of Lord Venkateswara.

The idol is fitted on a vehicle and stationed at three Mandal headquarters of Ramanagaram, Kothapega and Korukonda in the Tribal populated East Godavari district for seven days each.

These raths have been conceived for the purpose of providing free and trouble-free darshan to common devotees who could not afford to come to Tirumala and offer their prayers.  ‘The people of all the villages in the Mandal can rituals and the pujas as was performed to the deity, as it was done at the  Srivari Temple every day.

‘The devotees can see the Suprabatham, Tomala and other Kalyanam’s -daily rituals in their home town itself ‘ he said.

The Ratham has already been a major hit in the tribal areas with the tribal women and men queuing up in large numbers before the ratham every day and offering coconuts and aarti. For the tribals, the Lord Venkateswara has come down to their town to give darshan to them.

The TTD  is exploiting the opportunity to provide medical services to the poor tribals and its medical teams from SVIMS, Ayurveda and Allopathy hospitals have set up medical camps to serve the poor.

Along with the Rath, the TTD  is organising cultural events like rangoli and bhajans,  hari kathas and religious discourses during the week wherein the  Rathams are stationed at the TTD  Kalyanamantapams in each  Mandal headquarters.

The Chairman said the  Hindu  Dharma Prachara Pradisad is organising the Lok  Kalyana Ratham campaign to propagate the Hindu dharma and also imbibe the rituals and cultural traits among the common devotees.

The ladies of local Bhajan sangham also performed Kolata before Lord Venkateswara’s ratham and also sang bhajans. The EO also released some dollars which were distributed free of cost to the local devotees. The Chairman Adikeshavulu Nadia also released a CD on songs and discourses especially got up for the Lok Kalyana Ratham campaign in remote areas. 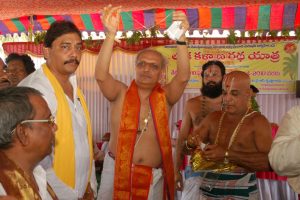 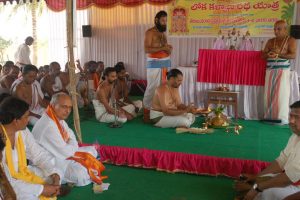 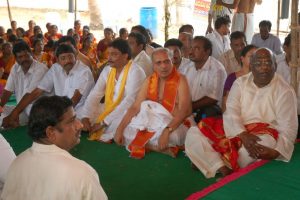 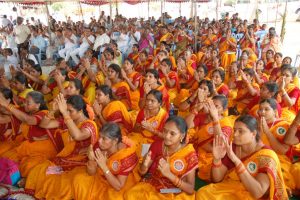 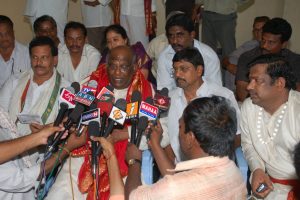 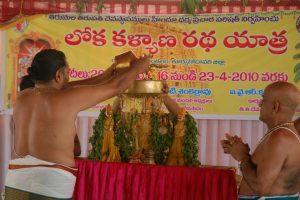 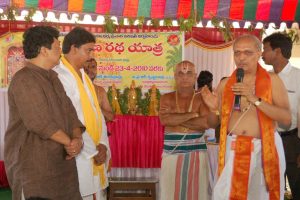 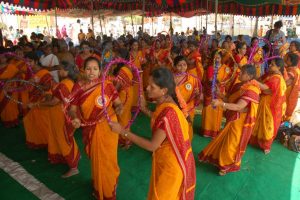