BY SANKRANTI NEXT TOTAL PLASTIC BAN IN TIRUMALA

Tirumala, 23 Oct. 19: As both Tirumala and Tirupati are the core twin pilgrim centres, the liquor ban will be implemented in a phased manner in Tirupati City also on the lines of Tirumala which is a liquor free zone and the proposal in this regard will be sent for the consent of State Government, said TTD Trust Board Chairman Sri YV Subba Reddy.

During press conference held at Annamaiah Bhavan in Tirumala on Wednesday evening, the Chairman shared the important resolutions taken during the board meeting. Briefing them to media he said, the Chief Minister of Andhra Pradesh Sri YS Jagan Mohan Reddy is firm on complete liquor ban in the State. “In Tirumala liquor is banned since several decades. As Tirupati is also happens to be the prime pilgrim city, we have resolved in the board to observe total liquor ban in Tirupati also”, he added.

Similarly, to protect the environs of Tirumala a total plastic ban will be achieved by Sankranti next, said the TTD Board Chief.

The TTD Board Chief said that the works of Garuda Varadhi will be continued after redesigning is done for the project.

He said, Sri Venkateswara Institution of Medical Sciences (SVIMS) is considered to be the State-of-Art medical institution not only offering medical services to the poorest of the poor and needy in Chittoor district but also the entire Rayalaseema area. So to better the services, we have resolved to absorb SVIMS into TTD, the Chairman added.

The board has given green signal towards the regularization of 162 forest workers which will be sent to State Government for approval and remaining 200 forest workers will be given Time-scale.

Adding further, the TTD Trust Board Chief said, the board has mulled to construct a Spiritual City in Tirupati which also includes darshan ticket counters, spiritual theater showcasing animated version of mythology to children etc. for the sake of the pilgrims reducing the pressure in Tirumala.

The Chairman said, the water woes in Tirumala will have a permanent solution when once the Balaji Reservoir becomes reality and TTD board has sent the estimates in this regard to the State Government for further course of action.

The board has also approved the Time Scale Pay for 386 Contract Teachers and Lecturers in TTD Educational Institutions and 241 Kalyana Katta barbers.

The Chairman said that a Committee will be constituted to decide the guidelines on the Hereditary Archakas issue. 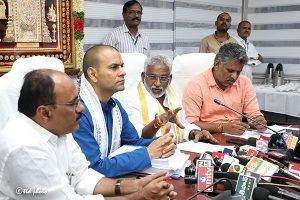 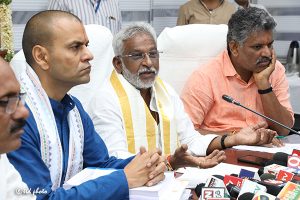 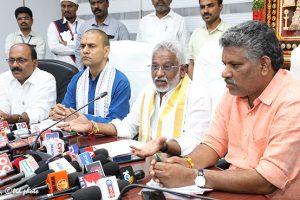 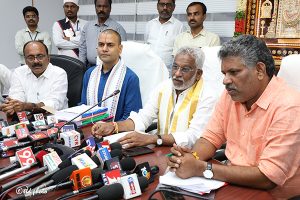