Usually this fete is performed on the day of Kanuma. Lord Malayappa Swamy wearing armour, carrying all His weapons goes on a hunt in the wild wood to save the fauna from the attacks of wild beasts. Sri Krishna swamy varu on another palanquin also accompanied Lord Malayappa for this mock hunt fete.

Both the deities were seated in Paruveta Mandapam and Astanam was performed. After Harikatha Parayanam, Veda Stuti,  Annamacharya Sankeertana Nivedana,  Melam, the Lord proceeded majestically for mock hunt along with Sri Krishna Swamy.

Before the Hunting fete commenced, Sri Krishna Swamy was rendered ceremonious honours by Sannidhi Golla. Later, the priests on behalf of Lord threw the sharp weapons thrice and hunted the animals which are hiding in the bushes. The devotees who had converged to witness this mock hunt festival enjoyed the fete thoroughly.

Meanwhile TTD has cancelled all arjitha sevas for the day following the Paruveta Utsavam in Tirumala. 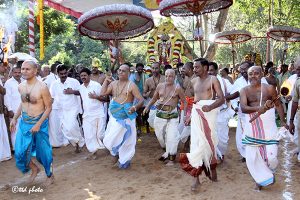 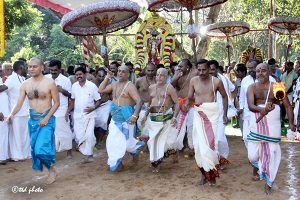 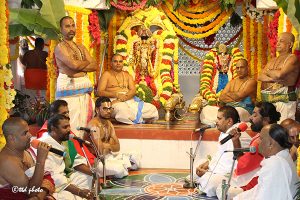 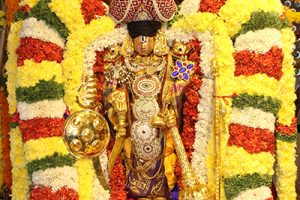 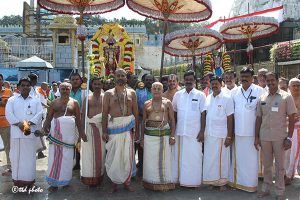