SECOND DAY REPORT ON THE PERSPECTIVES OF DARSHAN AT TIRUMALA TEMPLE 

Tirupati 21 November, 2010: The first session on second day during the on going two-day seminar on “Perspectives of Darshan at Tirumala Temple” convened by the temple administration of TTD to discuss on the modalities of darshan, focused on the Agama Shastras. This session was chaired by Senior Retired IAS and former Executive Officer of TTD, Sri PVRK Prasad.

In his address, Sri. Prasad urged the temple mandarins and Agama scholars not to make swift resolutions for the comfort of pilgrims like introduction of moving platform or conveyor belt inside the temple disturbing the historical temple structures as the immaculate glory of the temples lies in it and is abided to Agama shastras.

Putting forth some crucial points for open discussion before the gathering, Mr.Prasad asked the TTD management and Agama experts to re-think whether they could perform recently introduced Arjitha Sevas like Sahasrakalasabhishekam and Asthadalapadapadmaradhana once in a year outside the temple, so that it will add couple of more hours to facilitate darshan for common pilgrims every day.

“With the increasing crowd, TTD is left with no option but to restrict pilgrims in Tirupati itself in a transit camp otherwise in future the pilgrims had to limit themselves in having darshan of Alaya Gopuram or offering prayers to Vimana Venkateswara alone. What ever darshan facility we provide to pilgrims will be within the limits of 24hours alone and not beyond that”, he said.

Referring to the concept of “Netra Dwarams”, (additional exit doors inside sanctum sanctorum) Sri Prasad said, “This concept is not a new one as it has been under scanner since 1980’s when I was the EO of TTD. If there is no objection from Agamas, the management can think of additional exit points for a free flow of pilgrim crowd”, he maintained.

“Many changes have taken place inside the temple keeping in view the increasing pilgrim influx in Tirumala every day from time to time. As per Agamas, the Lord has to take rest even in the afternoons after Naivedyam. If that is the case we have to close the temple for nearly one and a half hour even in the noon. Is it possible in present circumstances? So we have shifted the Naivedyam time to morning. Whatever amendments we make they should be with in the Agama limitations’, he added.

Later addressing the session, Sri AV Ramana Dixitulu, the chief priest of Tirumala temple said, that so far the various amendments in temple rituals or in darshan system is being done, strictly abiding to Agamas alone. Throwing some interesting points for discussion, he said that Kalyanotsavam could be performed once in a year. “Usually all the temples have been following the same system. If we could implement this in Tirumala, then this time could be used to accommodate some more pilgrims for darshan”, he felt.

Reacting on Moving Platform, the chief priest said, “Unless and until this system does not hamper or cause any disturbance to temple structure inside the sanctum sanctorum, we have no objection to adopt the same inside the temple. “Disturbance to Tirmala temple is not correct, since hill shrine is an architectural marvel with rich heritage”, he reiterated.

Over additional exit doors, he said, “Agamas will not accept the concept but if an additional Mahaprakaram is constructed, then it can be looked into. But even then, the entrance could be only suggestible only on Westernside”, he said.

The chief priest also suggested that TTD could restrict the number of pilgrims by constructing a transit camp at the junction between two ghat roads where “Mokali Parvatham” is present. “TTD can create all facilities in this transit hub and accordingly provide darshan facilities to all pilgrims without any hullabaloo”, he said.

Later the Agama experts Sri Vedantam Vishnubhattacharyulu, Sri Desikacharyulu, Sri Sundaravarada Bhattacharyulu and Sri NV Sitaramacharyulu contradicted any sort of disturbance to the original temple structure and strongly opposed the proposal of “Netra Dwarams’ (additional exit gate points to the temple). “Violation of Agamas and any sort of deviations in temple sampradayams, will result in harmful effects on mankind and we urge the temple management to think twice before coming to conclusions”, they averred. 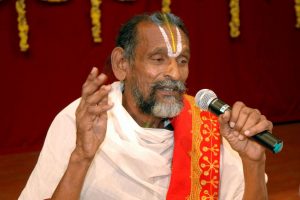 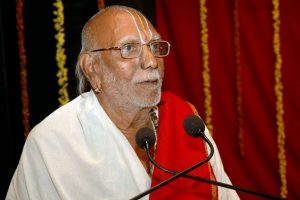 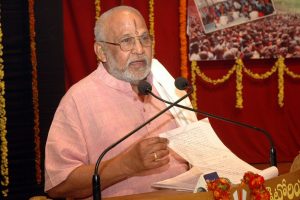 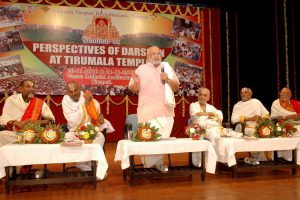 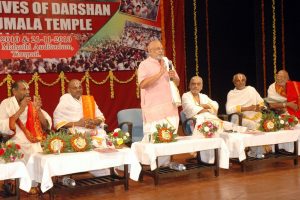 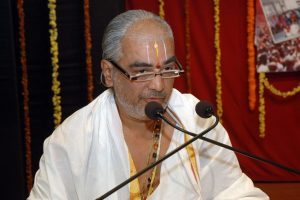 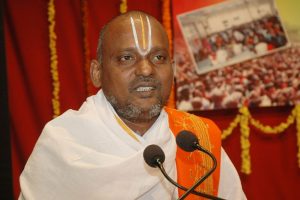 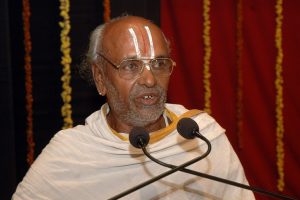