TIRUMALA, 08 MAY 2022: Dr KS Jawahar Reddy expressed that rendering service as Executive Officer in the world-famous Hindu Religious Organization of TTD was a divine opportunity.

Earlier Dr KS Jawahar Reddy had darshan of Sri Venkateswara Swamy along with his family. Later he was rendered Vedaseervachanam at Ranganayakula Mandapam.

Speaking on the occasion Dr KS Jawahar Reddy expressed his immense pleasure for having rendered service as Executive Officer of TTD for 19 months in the divine abode.

He thanked SIRVA for giving the great opportunity. “With His blessings, I could able to complete many projects”, he maintained.

After darshan of Srivaru, the EO FAC Sri AV Dharma Reddy was rendered Vedaseervachanam at Ranganayakula Mandapam. He was later presented with Theertha Prasadams and photo of Srivaru by JEO (H & E).

Speaking on the occasion he said he has rendered service in the capacity of Additional EO of TTD for two and a half years and now Srivaru has blessed Him as EO FAC. He said he will continue to take forward the pilgrim welfare and other developmental activities. 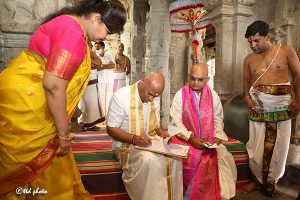 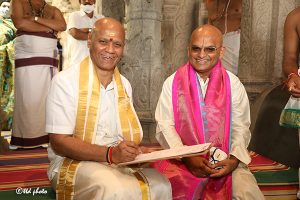 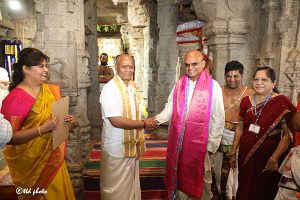 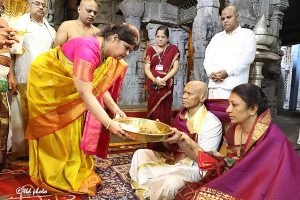 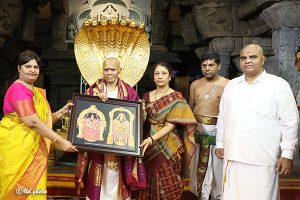 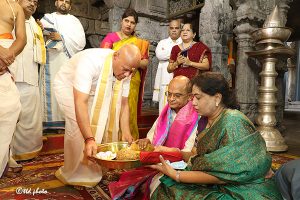 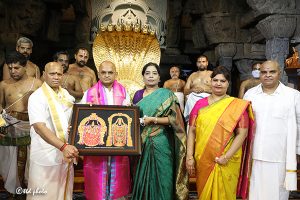 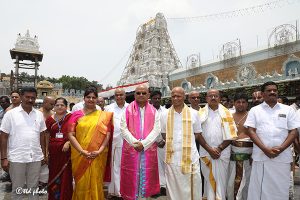