TIRUMALA, 11 JUNE 2022: For the sake of Srivari devotees who have settled in the US TTD will be organizing celestial Srinivasa Kalyanams in eight cities from June 18 to July 9 said TTD Chairman Sri YV Subba Reddy.

Along with TTD EO Sri AV Dharma Reddy, speaking to the media at Tirumala on Saturday the Chairman said, due to the Covid effect, overseas could not been able to visit Tirumala for the past two and a half years.

Under the instructions of AP CM Sri YS Jaganmohan Reddy TTD will organize Srinivasa Kalyanams with the support of AP NRIs Association in the United States of America.

The Chairman also said, after a gap of over a decade, TTD will be organizing Kalyanamstu-the free mass marriages to the poor on August 7 across the state.

To take forward Hindu Sanatana Dharma across the globe, TTD will organize more and more spiritual programmes in a big manner, he asserted. 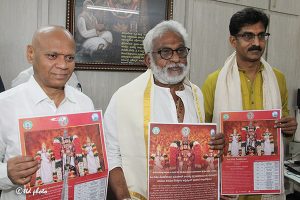 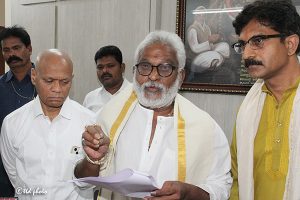