Tirupati, 21 July 2021: In a unique and an innovative the initiative, TTD has decided to brighten up the houses of Srivari devotees soon with the divine fragrance that emanates from the incense sticks made out of the sacred garlands which are being used in all the TTD-run temples every day.

In this regard, TTD Executive Officer Dr KS Jawahar Reddy organised a review meeting at his chambers in TTD Administrative Building in Tirupati on Wednesday and directed the officials to organise the sale of these sacred incense sticks made out of the used flower garlands from August 15 onwards.

EO said the Darshan International Limited, the leading incense sticks manufacturer from Karnataka has come forward to make these incense sticks on a cost to cost basis and the officials have been instructed to commence the distribution and sales from the Independence Day onwards. He said in the first phase, these sacred incense sticks will be sold to devotees near the Laddu counters in Tirumala and later on at other places.

Later the EO also reviewed the strengthening of the SV Ayurvedic Pharmacy of TTD  with the officials concerned. The officials informed the EO that already the Ministry of AYUSH had given nod to 115 products of TTD and 70 more under process. The EO instructed the TTD Engineering department officials to complete the tender process by month-end for the purchase of new equipment for the modernisation of the SV Pharmacy. Later the EO also directed the officials of SV Dairy Farm to take up the manufacture of 15 varieties of products out of Panchagavya. 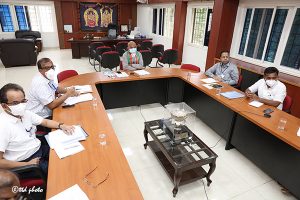 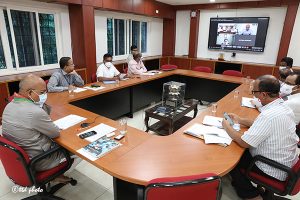 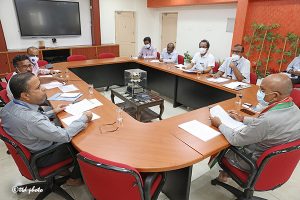 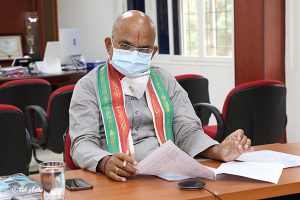