Tirupati, August 7: The Tirumala Tirupati Devasthanams (TTD) Executive Officer Sri.I.Y.R.Krishna Rao said the walker’s path from Tirupati to  Tirumala will be closed  from 4 PM in evening to 6 AM  next morning  for one more week ( seven days) even after capture of  one panther  which caused panic
and scare among  devotees who walked to Srivari Temple in Tirumala .

The executive officer said in a statement after a review with forest,
Police and TTD officials that the walker’s path will remain closed as
one more panther (female) was still at large and traps were being laid
for capture as well.

The one week’s closure of the walker’s path to Srivari Temple at
Tirumala announced from August  Ist will expire  on Sunday , hence the
fresh decision to extend it by another seven days .The closure was
announced  after the panthers  attacked  devotees twice during the
week  before  at the 7th  KM milestone  near the deer park.

Sri Rao said that the forest officials in coordination with police and
the TTD were taking all steps to trap the animals in the forest within
the SV Wild Life Sanctuary at the earliest. Though the  walkers  path
is relatively safe  now,  the  TTD  administration did not want to
leave anything to chance  and aimed to ensure  all security steps in
place in view of the ensuing Brahmotsavams when the rush of devotes
would  be heavy . 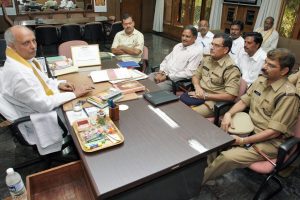 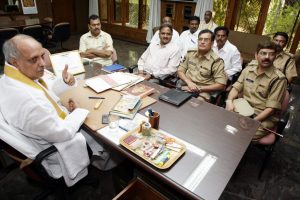