PILGRIMS SHOULD BE USED AS ‘DHARMIC PROPAGATORS’

TIRUMALA, DECEMBER 4:  To preserve and promote Hindu Santana Dharma in the nook and corner of the country, there is every need to involve the visiting pilgrims as “Dharma Pracharakas”(Dharmic propagators) and create a voluntary force with them, asserted Sri J.Rambabu, the chairman of Central Dharmic Advisory Council (CDAC).  The CDAC which is constituted by TTD to supervise the dharmic activities of the temple management has assumed charges on Saturday at Annamaiah Bhavan in Tirumala and formally convened the first official
meeting on dharmic activities.

Later briefing the media persons, Sri J.Rambabu said the council has focused one five important areas in its maiden meeting. “We have to first decide on target group like how to reach the different categories of people including the students, youth, adults, villagers, urban population etc. Secondly we have also discussed on the media of propagation like using the books, traditional play lets, mythological dramas, harikathas, burrakathas, SVBC, even temples as our instruments of dharmic propagation to reach wide range of masses. Thirdly we want to involve the NGOs and mutts which have been doing selfless service in the propagation of Hindu Dharma since several decades and design a data base about them and how to use their services”, he added.

Elaborating on the fourth point, the new chief of CDAC said how to make use of different types of resources like infrastructure, human and financial resources to obtain fruitful results and the last but above all is how to involve the crores of visiting pilgrims as “Dharma Pracharakas”, since they could able to render service with utmost devotion and dedication”, he added.

Earlier addressing the occasion the specified authority chairman Sri J.Satyanarayana said that the Dharmic propagation should start with a foresight and motto. “There is every need to bring out the abundant knowledge about the Hindu Sanatana Dharma hidden in our literatures
written by our saints and sages some thousands of years ago and need to convert them in an easy and explicable language so that it will reach the masses in a wide range”.

Later the TTD EO and specified authority member Sri IYR Krishna Rao said that the TTD has already launched spiritual programmes like “Loka Kalyana Rathas”, Govinda Kalyanams etc. across the state with a mission of the propagation of Hindu dharma. He said the budget will
not be constraint and asked the CDAC to formulate and design programmes and further strengthen the dharmic activity.

In his speech, Specified authority member Sri V.Nagi Reddy said, “Dharma is not just worshipping Lord and seeking blessings but much beyond this. He expressed his confidence that the CDAC will fulfill its motto of preservation and propagation of Hindu Sanatana Dharma. 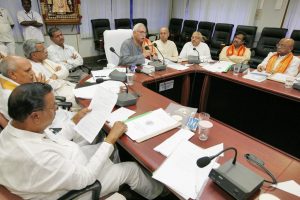 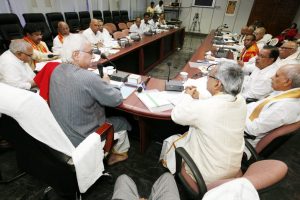 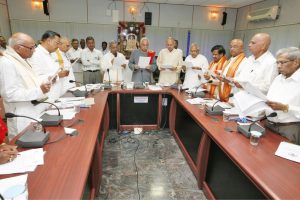 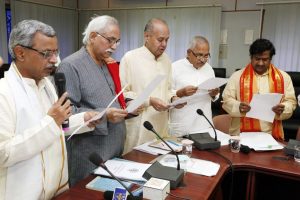