TIRUMALA, DECEMBER 6:  In yet another ground-breaking move, Sri IYR Krishna Rao, the Executive Officer of temple administration of Tirumala Tirupati Devasthanams(TTD) has decided to reinstate the five centuries old “Karthika Vanabhojanotsavam” festival which will be performed at Tirumala on December 12.

Briefing the significance of the festival to the media persons on Monday after reviewing with departmental officials at Annmaiah Bhavan in Tirumala, he said, “the main purpose of this festival is to make the thousands of devotees sit along with the Lord and have the community meals in the holy month of Karthika so that they will be graced with bountiful blessings of Lord Venkateswara”. EO also added that henceforth this festival will be observed on Karthika Suddha Dwadasi auspicious day every year and the festival will be celebrated in Parveti mandapam at Tirumala.

Later elaborating on the significance and legendary of the festival, Dr.Medasani Mohan, the Director of Annamacharya Project, said, “This festival was first time conducted on 25th of October 1537 by Sri Pedda Tirumalacharya, the elder son of Saint Poet Annamacharya. This great soul has donated two revenue villages, Maruvakarai and Kovanur to perform this festival every year. But due to unknown reasons, this festival went unnoticed for centuries. But this festival was clearly mentioned in the fourth paragraph in the 191 page in Tirumala Epigraphical Report which helped us to revive and restore the festival almost after 500 years.

Elaborating further Sri Mohan said, the Karthika Vanabhojanotsavam is being observed across the globe but is considered more important to Hindus as majority of them believe that they could share the dine with none other than the Almighty on this auspicious day.

TTD has cancelled all evening sevas in view of this festival on December 12, Sunday.

The processional deities of Lord Malayappa Swamy and his consorts Sri Devi and Bhu Devi will be carried on Gaja Vahanam to Parveti Mandapam at 8:30am on this day followed by Snapana Tirumanjanam and other pujas till noon. The Karthika Vanabhojanotsavam will be between 1pm to 3pm and the deities will be taken back to the temple in the evening at around 6pm after carrying out procession along four mada streets.

TTD has also arranged cultural programmes during this occasion and invited the devotees to take part in the ceremony which is going to be conducted for the first time almost after five centuries. 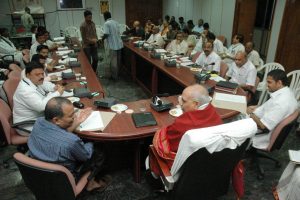 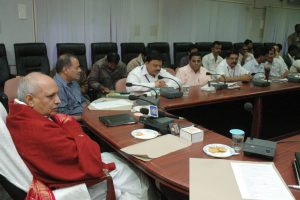