TTD EO, SRI IYR KRISHNA RAO:  The executive officer of TTD emphasized that the motto of the two day seminar is to present before the pilgrims the exact facts about the challenges being faced by TTD and the limitations of temple administration in terms of space and time besides discussing on the prospective of darshan in Tirumala temple.

In his concluding remarks, the EO stressed, “We have not started this seminar with any pre-planned agenda but open mindedly invited all sections of the society to debate on this sensitive long pending issue. The fact is that there is a lot of imagination in the public about TTD and the facts are often shadowed by this presumption. We want the people to know the exact facts about our limitations before coming to any sort of conclusions on us”, he maintained.

The EO asserted that TTD will not disturb a single rock from the temple structure to make alternative arrangements for a hassle free darshan. “Any decision will be as per Agamas and without disturbing the temple structure as I strongly believe that temples apart from Agamas are identity of our rich cultural and traditional heritage”, he remarked.

To deal with the pilgrims in a civilized manner and to bridge the gap between pilgrims and employees of TTD, there is an urgent need to manage the pilgrim crowd in six batches in stead of three as eight hours duty will be a strenuous job for the employee”, he opined.

Over the proposal of re-introduction of Sudarshanam system, he felt though idea is conceptually brilliant, operationally it has many problems and it requires a comprehensive action plan by the joint efforts of experts and senior employees of TTD before it could be launched.

Denying that introduction of Sudarshan will impact on the coffers of TTD, he said, “When we are providing hassle free darshan to pilgrims, the revenue becomes secondary. What is more important for us is to provide a better darshan to pilgrims”, he asserted.

The EO also said that there is need to develop replicas of Tirumala temple across the country and perform the pujas and sevas on the lines of the hill shrine so as to minimize the pilgrim rush. “We can think over of commencing this in Srinivasa Mangapuram and Applayagunta temples”, he added

The senior and retired IAS officer Sri PVRK Prasad felt that there is every need to respect the Agamas before bringing amendments in the temple rituals or providing darshan to pilgrims.

“If the changes are within the permissible limits of Agamas, then there is no objection. But if it is against Agama shastras then TTD can bid adieu to that proposal without any hesitation. Let us be God cautious”, he advised.

The Chairman of TTD Specified Authority, Sri J.Satyanarayana in his valedictory address felt that the idea of Sri Seva scheme mooted by TTD is to provide a pilgrim darshan, accommodation, food and tonsure under one package and lessening the burden on him/her.

“This IT based dynamic intelligent system is sure to provide a better feel of Tirumala trip to a pilgrim as he could get all facilities through single window system. Apart from this it also enhances the efficiency of TTD employees and brings transparency in the administration as every thing will be issued under one ticket’, he added.

The chairman said, “It may take another six months for “Sri Seva” to materialize. We are thinking that it will come in to force likely during August – September 2011”, he maintained.

In his address Sri Nagi Reddy said, that the successful completion of the two-day seminar has brought out various suggestions from all sections of the society which will be helpful for the temple management to chalk out some action plan or to bring some amendments for the convenience of the pilgrims.

“We are hopeful that the seminar would enhance the bond between the Pilgrims and the Almighty giving a scope for better darshan in future”, he added.

In his address, Sri K.Bhaskar, JEO Tirumala welcomed the active participation of media and the valuable suggestions from the media fraternity towards the betterment of darshan facilities.

“The media heads too invited the automated queue line system for a speedy and hassle free darshan to pilgrims. At the same time they suggested not to convert Tirumala as a tourism spot but enhance the spiritual values among the visiting pilgrims by taking up some dharmic programmes”, he said.

The JEO further stated that the media heads also opposed any more constructions in Tirumala as it may prove hazardous to the ecology of the holy hills”. 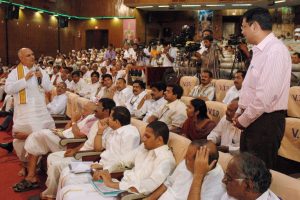 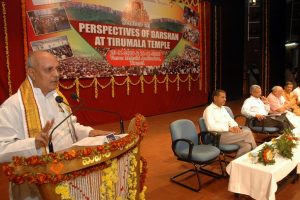 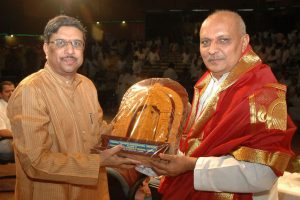 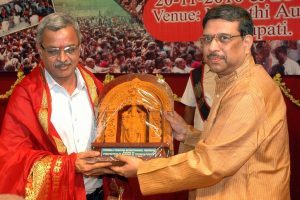 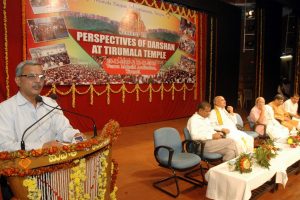