TIRUMALA, 31 JULY 2022:  The arrangements by Tirumala Tirupati Devasthanams temple administration is devotee friendly for everyone thronging from across the country to have darshan of Sri Venkateswara, said Sri Sanjay Jadhav the Honourable MP from Parbhani, Maharastra.

Speaking at the Nada Neerajanam platform in Tirumala on Sunday, the MP said, a few days ago a devotee from Maharashtra made a video viral on social media saying that TTD security insulted for carrying Chatrapati Srivaji Maharaj idol in the car which is absolutely baseless. Being an internationally acclaimed place of pilgrimage for Hindus, every vehicle undergoes a security check at the Alipiri check post. As it is a rule with the TTD board not to carry the images or symbols or personalities or flags of political parties, other religious faiths, each vehicle is being checked. As a part of the routine check, the vehicle of the said pilgrim was also checked. After verifying that it was idol of Shravaji Maharaj, they left the vehicle. But the devotee made a video viral abusing the TTD board. But in reality, that was incorrect and urged people of Maharastra not to believe such false rumours and happily visit Tirumala to have darshan of Bhagavan Venkateswara Balaji”, he maintained.

HH Sri Sri Sri Ramakanthji Vyas Maharaj said after staying three days in Tirumala, it has been noticed that there are no disparities in Tirumala and the pilgrims from all the states across the country are being treated equally

The devotees who come from various places should honour the rules and regulations and co-operate with security check. I appeal to all the Maharashtrians not to fell prey to false propaganda and we all have to join hands to take forward Hindu Santana Dharma with devotion.

He said a social media campaign that Sri Chhatrapati Shivaji Maharaj idol was not allowed to Tirumala was totally untrue and baseless.

The EO said with an objective to maintain the holiness and sanctity of Tirumala hill shrine TTD has decided not to allow idols or materials with, political and other non Hindu faiths into Tirumala.

He said due to a communication lapse, a controversy prevailed about Sri Chhatrapati Shivaji idol in a vehicle of a Maharashtra devotee a few days ago. However, the issue was resolved amicably and the devotee and his vehicle were permitted to proceed to Tirumala after a routine security check.

But the devotee made a hatred video which became viral on social media impacting on the sentiments of scores of Maharashtrians. We appeal to all not to believe such ruthless statements as we very well knew Chhatrapati Shivaji was one of the great Hindu Leaders and we have immense respect towards the great soul. 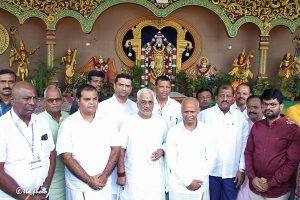 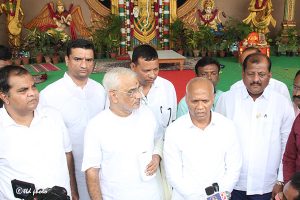 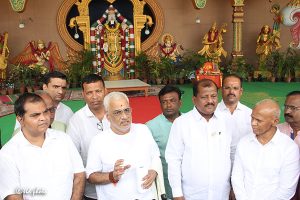 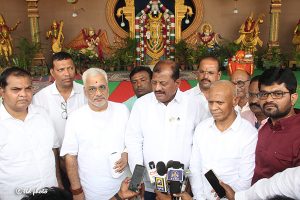 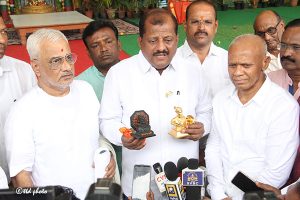