Addressing a review meeting at the conference hall of the TTD administrative building on Wednesday the TTD EO instructed officials to speed up the works in consultation with the donor and architect of the Matrusri Tarigonda Vengamamba Dhyana mandiram project.

He said 24 goshalas had been identified as nodal institutions and in coordination, with local donors and voluntary organisations their development works are promoted as role models for the development of Goshalas in both Telugu states.

Among others he asked officials to promote Go pujas in local temples, provide musical equipment to render favourite music to Gomatas, complete the Feed Mixing Plant at SV Goshala by this December end and stop feed purchasing for Goshala animals from January next onwards. 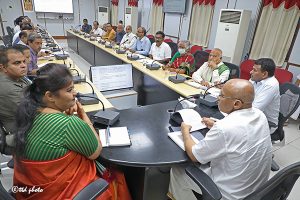 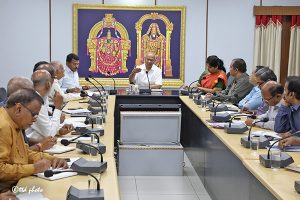 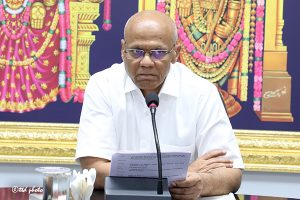