Releasing the documents of seizures made by Assam Rifles, Customs and the Mizoram police, the TTD Additional EO said TTD had no connection to the seized material.

Addressing a media conference at the Annamaiah Bhavan in Tirumala on Wednesday the Additional EO said in spite of all disclosures the vested interests were targeting TTD and AP Government through social media, print and electronic media and hurting the sentiments of the devotees.

He said the baseless charge was that TTD officials and Customs officials were clandestinely transporting the tonsured hair.

He said there was no reference or link to the TTD in the Rs.18, 17, 089 worth rotten human hair seized on February 8 by the Mizoram police. The police and customs reports categorically stated that the seizes hair were not linked to TTD at all and were also useless for processing.

But a section of media is making all-out efforts to damage the reputation of TTD and thereby hurting the sentiments of Hindu devotees across the globe.

He said the malafide campaigners had painted the officials of Kalyanakatta, TTD Vigilance and 1200 barbers as  ‘thieves ‘ and marked them guilty.

He said there baseless allegations of malpractices in the e-auction platform and invited the representatives of media to participate in the next auction of tonsured hair due in April and see for themselves whether there were any syndicates or room for malpractices in the sale proceedings.

The Additional EO said it was not good to malign a few TTD officials and employees by media for sake of cheap popularity. Where is need for TTD officials to transport Rs.18 lakh worth unprocessed spoiled hair in a truck 3000 kms away near Mizoram, he questioned.

He said the reports given by the Mizoram police clarified that the seized truck belonged to a Mizoram based lady who had paid the truck driver Rs.15, 000 to transport locally collected hair.

He said the cheap publicity had hurt the TTD employees mentally who were working in the division in spite of health hazards.

The Additional EO said police has been instructed to take stringent action on individuals and media organisations which resorted to baseless campaign on TTD.

He said if the media representatives proved their allegations after visiting Mizoram, TTD is ready to initiate necessary action. 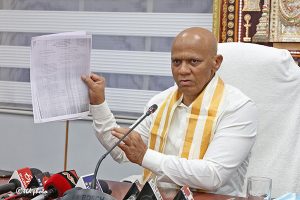 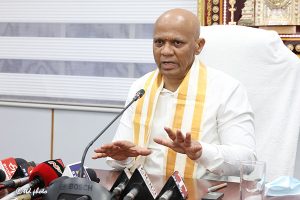 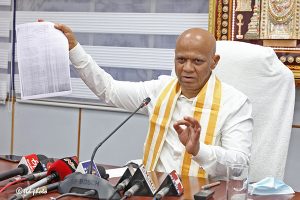