While complimenting the Additional EO Sri AV Dharma Reddy and his team of officials who did a fantastic job in achieving the best results during the recently completed annual brahmotsavams during the senior officers meeting held at the meeting hall in TTD Administrative Building in Tirupati on Monday, the EO said, keeping in view the past experiences, the Vigilance Wing has made elaborate arrangements for luggage deposition and parking facility for the pilgrims during this year brahmotsavams which won the appreciation of denizens”, he observed.

The EO instructed the Engineering Wing officials to search for alternate measures to provide a protective shield to the pilgrims sitting in galleries from inclement weather conditions. “In spite of heavy downpour on Garuda Seva day, the devotees sitting in galleries have not moved an inch. We should provide them some cover from bad weather conditions. For the upcoming most important event of Vaikuntha Ekadasi on January 6 next, the departments should gear up with plans from now itself”, he added.

He also complimented the cultural troupes which represented from 18 states of the country for the first time, which stood as a special attraction during the whole annual brahmotsavams. The EO directed the concerned officer to give a pen drive of their art form along with a letter of appreciation to all the teams, as a token gesture.

The EO instructed the Electrical Wing to go for alternate arrangements in the place of wooden logs for erecting giant electrical cutouts to avoid any untoward incidents. “Instead go for some advanced way of electrical decoration which is risk-free and more attractive”, he added.

Later he directed the JEO Sri P Basant Kumar to conduct regular video conferences with the In-charges of TTD Kalyana Mandapams, Information Centres across the country to address problems if any. 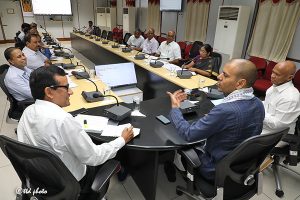 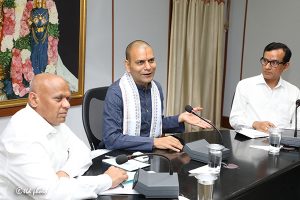 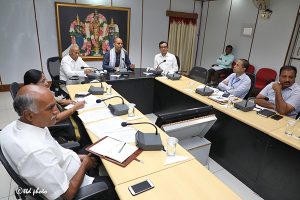 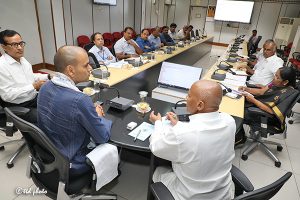