Speaking on the 130th Birth Anniversary Celebration of Dr BR Ambedkar held at Mahati Auditorium under the aegis of Welfare Department of TTD on Wednesday at Tirupati, EO said the think tank of Dr Ambedkar which he professed almost over a century ago has relevance even today.

His ideology of “Be educated, be organised and be agitated was the call he has given to downtrodden people to fight for equal rights. He also said that “I

Measure the progress of a community by the degree of progress which women have achieved”. So to achieve real fruits of social equality we should implement Ambedkar philosophy in deeds, he observed.

Earlier, Sri Colonel S Gagarin, Chief Commercial Manager of Indian Railways Traffic Service in his speech said Dr Ambedkar preached one human being should learn to respect another and this is what is taught in all Vedas, Upanishads, Bhavat Gita and religious books also. “Saint Annamacharya also advocated social equality some five centuries ago in his Sankeertans”.

He gave an enlightening speech by quoting a few shlokas from Bhagavat Gita in a melodious manner.

Later prizes were distributed to winners in competitions held for the occasion. Earlier the programme commenced by offering floral tributes to the photo of Dr BR Ambedkar. Dance ballet “Namo Namo Bharatambe” remained a special attraction. 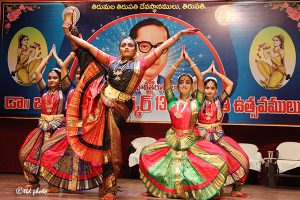 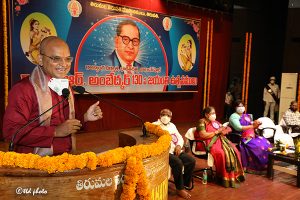 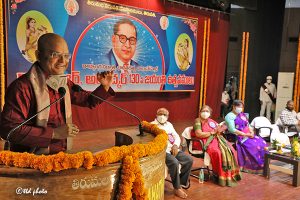 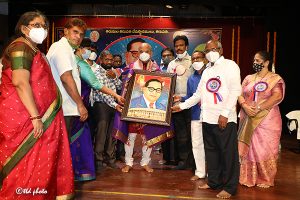 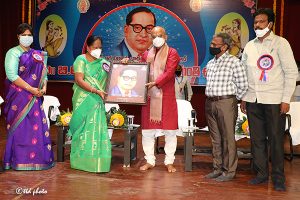 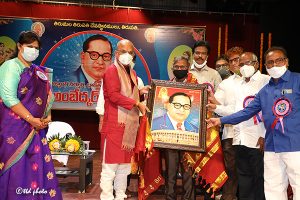 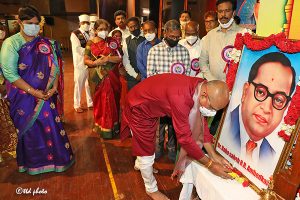 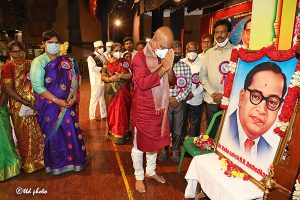 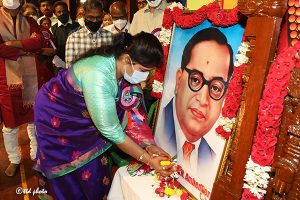 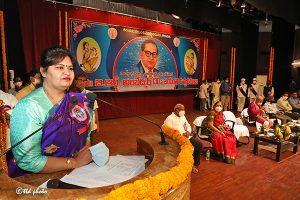 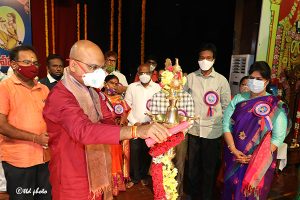 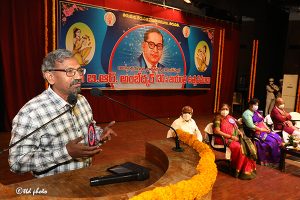