Tirumala, 16 July 2010: With a view to safeguarding the Vedas and Santhana Dharma, the Tirumala Tirupati Devasthanams started this Vedapatasala in the year 1884. H.H.Sri Sri Peddajeeyar Swamy of Tirumala while giving anugraha bhashanam to the students said that the society is treating the Veda Pundits as next to god. Similarly, the students of this patasala should also be ideal to other students in the day to day lifestyle and get a good name to the TTD. He thanked the TTD for providing not only financial assistance but also all facilities to the students of this patasala.

Sri D.K.Audikesavulu, Chairman, TTDs while addressing the students at the 126th convocation of Sri Venkateswara Veda Patasala at Tirumala, he advocated them to learn not only Vedas, Dharma Sastras but also modern science like mathematics, computer science etc for the better future of the students. He further said that for the propagation and promulgation of knowledge of the Vedas, the TTD has started four Vedapatasala in Chilkur, Manthani, Vizianagaram and Produttur in Andhra Pradesh with a view to bring out all the Vedapatasala under one umbrella and trials for common system in all the schools which are all affiliated to S.V.Vedic University he added.

He suggested the students to write essays on Vedas, Dharma Sastras, Dharma sustras and other subjects for the publications of Vedic University newsletters. Later he presented each Rupees One Lakh Forty-Seven Thousand Seven Hundred Ninety Only (Rs. 1,47,790/-), merit certificate, and Silver Dollars to the 11 meritorious outgoing students.

All the outgoing students after completion of their course will be engaged as Vedaparanyadar and Sahaya Archakas in TTD Temples on the apprentice method for one year on consolidated pay of Rs. 5000/-. 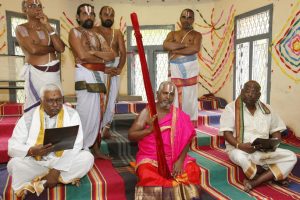 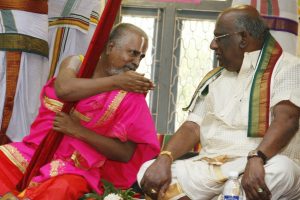 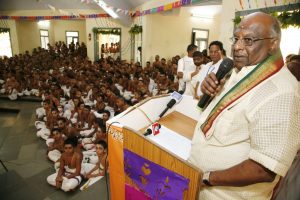 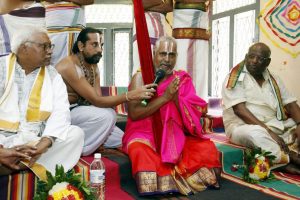 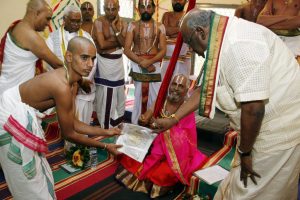 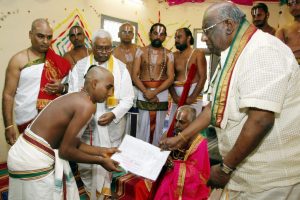 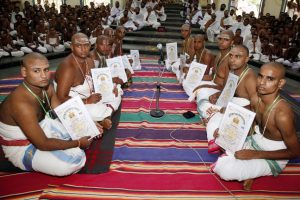 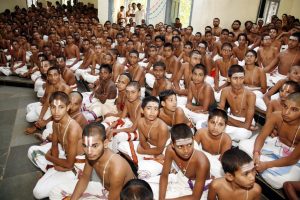