Tirupati, 12 July 2010: The concepts of Vedas are vasudaika Kutumbam told His Excellency, the Governor of Madhya Pradesh Dr. Rameshwar Takurji. He has attended as Chief Guest in the fourth formation day celebrations of S.V. Vedic University, Tirupati on Monday morning.

Speaking on the occasion, the Governor said that the Vedic sages like Vasista, Vamadeva, Viswamitra, Sandilya interpreted and propagated the Vedas that contain not only the scientific theories, but also the Philosophical teachings. That is why the followers of Vedic path shall ever remain happy where they remain in this world or elsewhere.

The scriptures like – Bruhat Samhita of varahamihira contains simple scientific theories related to astronomy, astrology, geology, hydrology etc., he added. Further he said that lot of Vedic and scientific literature is yet to be deciphered, the University must take a project to identify such manuscripts and to edit and publish them for the benefit of the country. The University should also try to introduce as many Vedic sciences as possible in its curriculum. Electronic advancement should successfully be utilized in the mission of preserving and propagating the Vedas and Vedanta’s. At the same time, proper attention must be paid to strengthen the tradition of oral transmission of Vedas. Steps must be taken for the revival of endangered branches of Vedas wherever they are. The Vedic University library should contain any book written on Vedas in any language. Foreign scholars should approach this University for their advanced researches. He said that his dream and aim that Sri Venkateswara Vedic University should raise to the international level. A dedicated endeavour in this direction shall definitely make our country, the leader.

Later, the Governor has released Books such as Sri Venkateswara Vaibhavam (Srinivasa Kalyanam), Bruhati, Sankarshanakanda, Nayadyumani, Samavedhana Brahmanam, Mokshopaya Pradeepika, Kalamrutam, Pratishthavidhidarpana, Smarthapaddativivechanika, A study of Sanskrit Inscriptions in Andhra Pradesh and University first Souvenir Vedapravrttih on this occasion. Earlier, the Veda Pundits have performed Sudarshana Homam, Maha Ganapathi Homam, Navagraha Homam, Vaasthu Homam, and Rudrabhishekam at the campus for the well being of the society, especially for the development of the university. 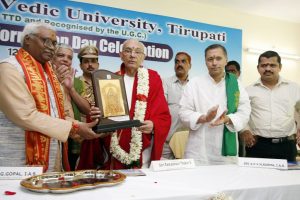 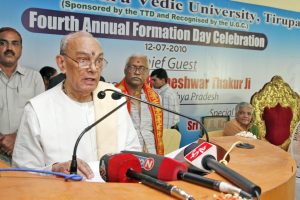 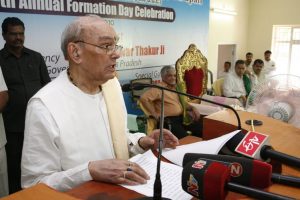 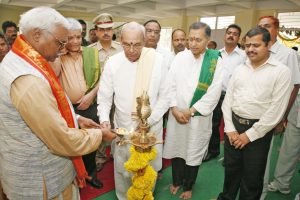 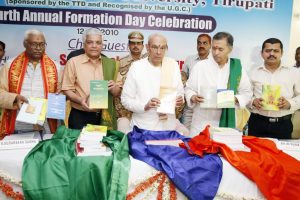 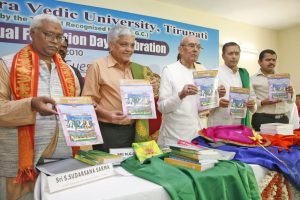 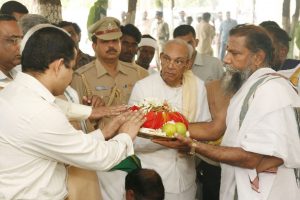 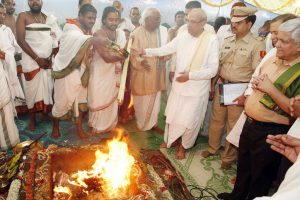 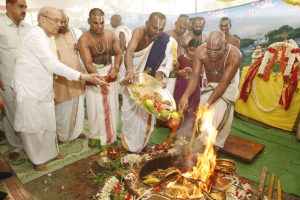 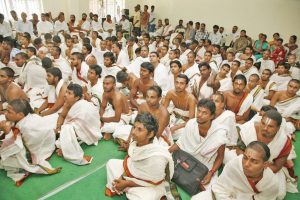