SEA OF HUMANITY IN RK BEACH WITH DEEPOTSAVAM

VIZAG SHINES UNDER THE ILLUMINATION OF DIVINE LAMPS

TIRUPATI, 14 NOVEMBER 2022: The state of Andhra Pradesh is considered fortunate for having housed many world-famous Hindu temples like Tirumala, Srisailam, Simhachalam, etc, and is a hub of Sanatana Hindu Dharma Prachara, said the Pontiff of Visakha Sharada Peetham Sri Swarupanandendra Saraswati Swamiji.

The Pontiff participated in the Karthika Deepotsavam held at RK Beach in Visakhapatnam on Monday evening. In his Anugraha Bhashanam, he said after the construction of the Srivari temple in Vizag, all good fortunes are happening to the spiritual city and its denizens who are witnessing the fete for the third time.

He complimented TTD and the donors who have come forward to perform Deepotsavam on the shores of RK Beach in the pleasant evening.

He said TTD built Srivari temples in remote and tribal areas across the country as part of its Sanatana dharma campaign and the Veda Gosha sponsored by TTD resounded from Badrinath in the Himalayas to Kanyakumari as a good omen for humanity.

Speaking on the auspicious occasion of Karthika Deepotsavam the TTD Board Chief Sri YV Subba Reddy said, by lighting millions of ghee lamps during the fete, the positive vibrations will be spread which will keep the entire human life strong and healthy.

He said TTD conducted Srinivasa Kalyanams and also took up the construction of srivari temples in backward areas as part of Hindu Dharma Prachara.

Thousands of devotees participated in collective Deeparadhana at Ramakrishna beach on Monday evening as part of the Karthika Maha Deepotsavam organized by TTD and Donors. The entire city reverberated to the Govinda Namas with the accompaniment of the sea breeze.

The devotional dance ballet “Deepa Lakshmi Namostute”, by students of TTD’s SV College of Music and Dance, sankeertans by Annamacharya Project artists, and commentary by Vedic Pundit Dr. Maruti stood as a special attraction for the entire event.

The devotees chanted Deepa Mantram and Lakshmi Astottaram, Vishnu Sahasra Nama Parayanam in chorus with the archakas under the directives of Veda Pundits and performed Deepotsavam in a grand manner. 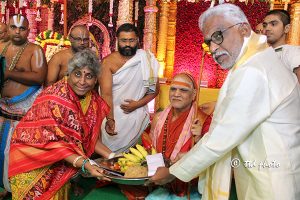 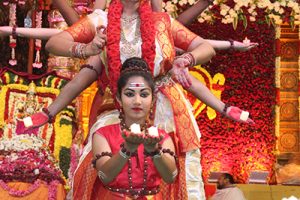 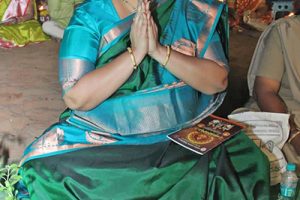 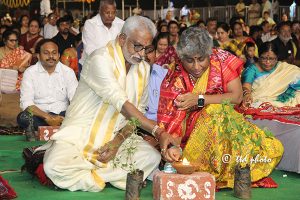 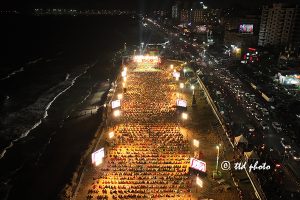 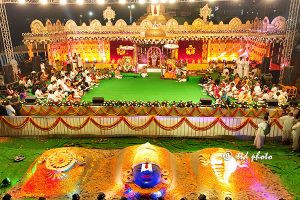 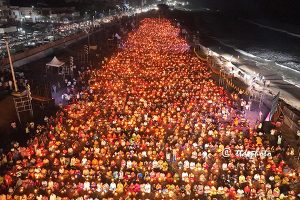 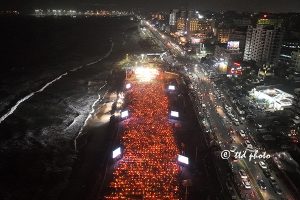 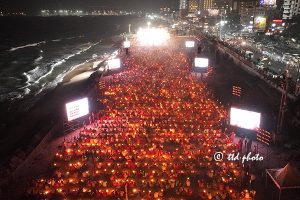 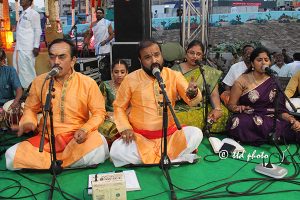 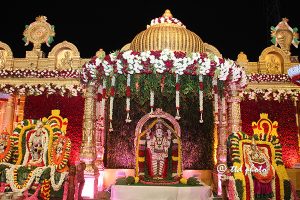 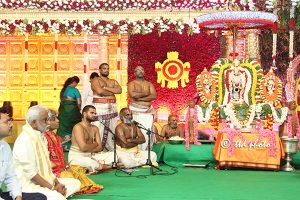 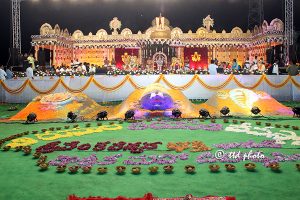 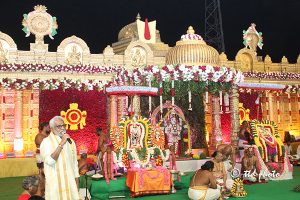 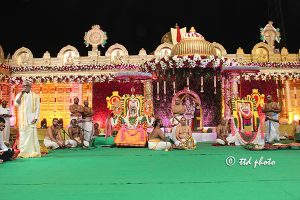 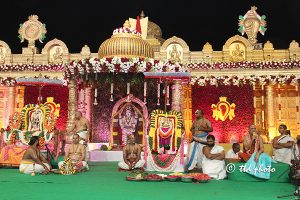 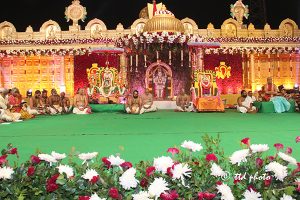