TIRUPATI, 28 JUNE 2022: TTD JEO (H & E) Smt Sada Bhargavi called upon the Vedic fraternity to explore the unified field of all the laws of nature through the combined approaches of modern science and ancient Vedic science for the larger benefit of the society.

She was addressing the monthly Vignana Veechika programme being organised in SV Vedic University for the sake of the Vedic students to have an exposure on contemporary education in the varsity conference hall on Tuesday.

The JEO said, the idea has been mulled by TTD EO Sri A V Dharma Reddy to organize such programmes so as to make the public aware of the abundant knowledge embedded in Vedas which is also relevant to modern age sciences.

Speaker of the day, Sri Siva Raghuram from Germany briefed on Wheel technology. He said this was mentioned in 84th and 92nd shlokas of 300th page in Brihad Vimana Shastra by Sage Bharadwaja some thousands of years ago itself. He said he was surprised to see the foresight of our sages whose ideas are much advanced and beneficiary for the generations in the next two-three centuries.

Through PowerPoint Presentation he has explained the significance of wheel technology co-relating it to that of Rukuma Vimana and Shakuna Vimana explained by our sages. He said the wheel technology is environment – friendly for the people in future. 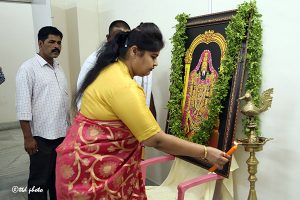 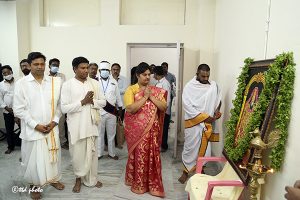 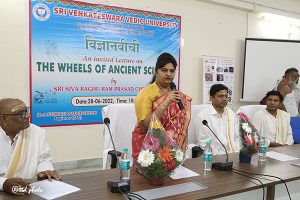 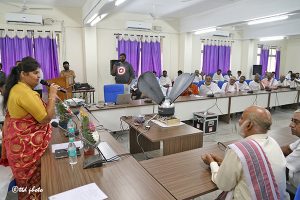 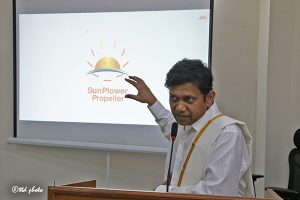 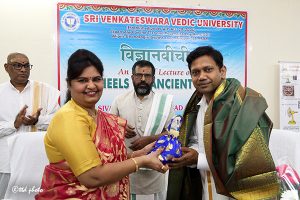