TIRUPATI, 11 DECEMBER 2020: The Beach City of Visakhapatnam on Friday glorified with the hundreds of ghee lit lamps coupled with the rhythmic chants of Govinda Namas.

The Karthika Masa Sahasra Deepotsavam programme organized by TTD in Vizag city received humongous response from the denizens who participated in this unique Festival of Lights while millions and millions witnessed the fete live on SVBC across the globe. This celestial fete took place in the spacious and serene MGM Grounds at Visakhapatnam between 6pm and 8:30pm with religious ecstasy.

HH Sri Swaroopanandendra Saraswathi Swamy of Visakha Sarada Peetham delivered religious discourse on the celestial occasion. He said, Siva Kesava Aradhana in the holy month of Karthika will beget all good fortunes to the humanity. He lauded the efforts of TTD in observing this fete, during the high time, which is a much needed gesture, to overcome all the hardships faced by the people across the world due to Covid pandemic.

The Pontiff appreciated TTD Chairman Sri YV Subba Reddy, EO Dr KS Jawahar Reddy and other TTD mandarins for taking up a lot of spiritual programmes during Corona period which helped the devotees to overcome their fear.

TTD Chairman in his address stated that TTD has been doing a lot of spiritual programs from the past seven months for the sake of devotees. He also said, it has recently started Gudiko Gomata program, under the instructions of Honourable CM of AP Sri YS Jaganmohan Reddy and has been presenting a Cow and Calf to every temple as a part of its noble mission of Protection of Desi Cows.

The deities of Sri Swamyvaru flanked by Sri and Bhu Devis were seated on beautifully decorated swing and Unjal seva is performed followed by puja.

The devotees especially women who participated in this spiritual event poured in bountiful laurels on TTD for organizing the colourful spiritual fete in the MGM Grounds. 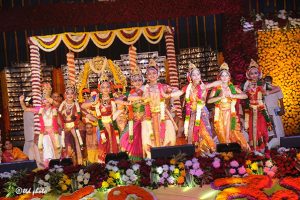 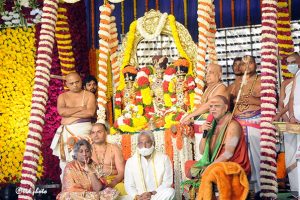 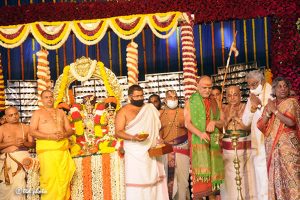 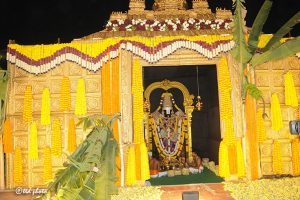 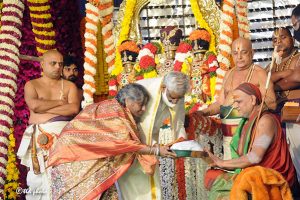 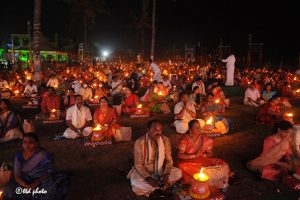 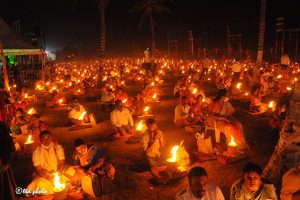 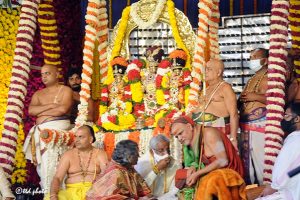 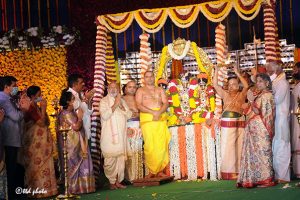 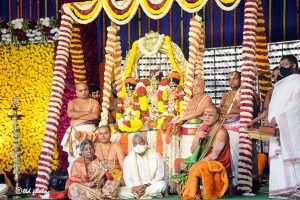