TIRUMALA, 05 DECEMBER 2022: The Honourable President of India, Smt Droupadi Murmu, during her maiden visit to Tirumala, offered prayers in the Hill Shrine of Sri Venkateswara Swamy on Monday along with her entourage.

Thereafter when the President reached Mahadwaram of Srivari temple, she was received by the TTD Chairman Sri YV Subba Reddy along with TTD EO Sri AV Dharma Reddy.

The temple Archakas welcomed the first citizen of India with the traditional Istikaphal honours amidst chanting of Veda Mantras in the accompaniment of Melam.

The President and her entourage went for Srivari Darshan and offered prayers to the presiding deity of Lord Venkateswara inside the sanctum sanctorum. The chief priest explained about the significance of the Mula Virat, the jewels adorned to the chief deity and Kshetra Mahatyam.

Later the President was offered Veda Ashirvachanam at Ranganayakula Mandapam.

The TTD Chairman and EO together presented Srivari Theertha Prasadams and Dry Flower Technology photo of Lord Venkateswara along with 2023 TTD Diaries and Calendars to the President.

Both  the Senior and Junior Pontiffs of Tirumala, and one of the chief priests of temple Sri Venugopala Deekshitulu were also present. 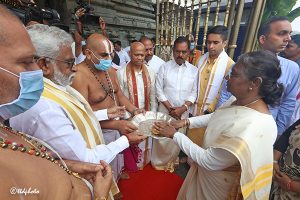 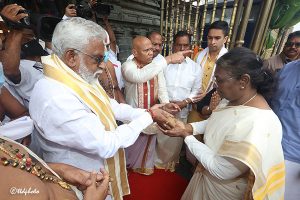 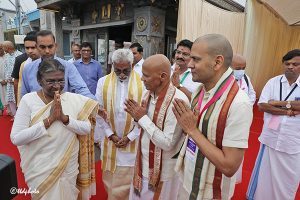 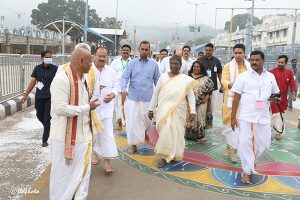 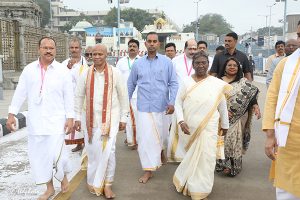 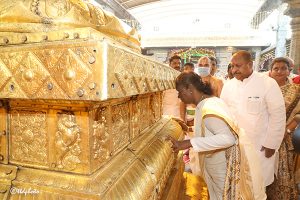 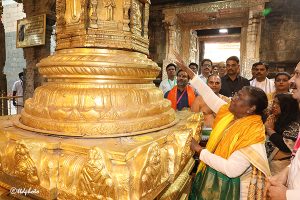 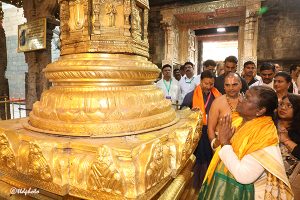 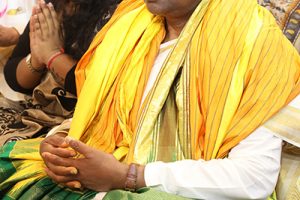 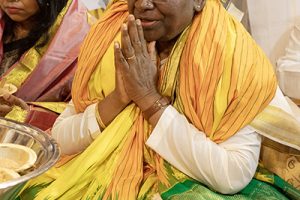 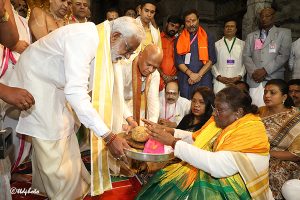 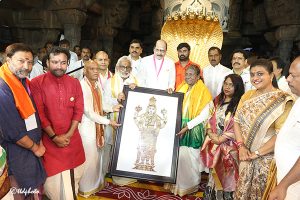 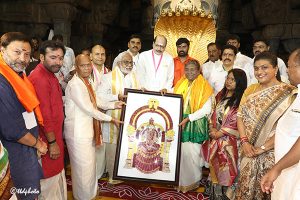 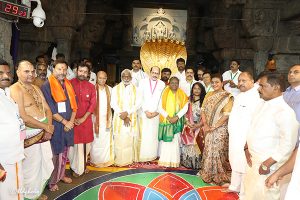 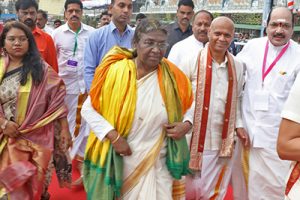 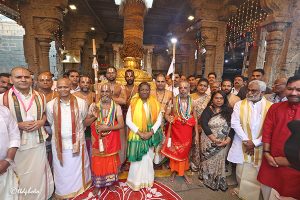 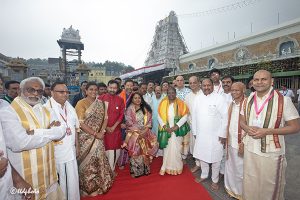 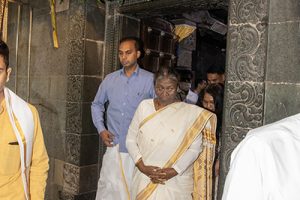