Tirumala, October 2022: The entire Hill Town of Tirumala reverberated Garuda Vahana Govinda Govinda…with tens of thousands of voices chanting the divine name univocally as soon as the curtains in vahana mandapam were raised to give way for Garuda Vahanam.

On the fifth day of ongoing annual Brahmotsavams on Saturday in Tirumala, the most significant of all the vahana sevas of mega religious festival  – Garuda vahana seva was performed with utmost spiritual fervour and devotion which enthralled the scores of devotees who thronged the sacred mada streets and occupied every inch of tge galleries since early hours of the day to witness the grandeur of Malayappa on the mighty Garuda.

It is a sea of humanity at Tirumala as all roads from Tirupati led to Tirumala were brimming with activity. The foot paths – Alipiri and Srivari Mettu and the ghat roads to Tirumala were flooded with devotees.

Garuda or the Eagle is the favorite vehicle of Lord Vishnu. Besides being the daily transport, Garuda has also occupied the top slot in the Dhwajam that heralded the commencement of the Brahmotsavams.

As the Key watcher of happenings around Lord Vishnu, Garuda also supervises the entire Srivari Brahmotsavam,says the legends.

Garuda Seva is a well-known festival that is being observed in all the 108 Sri Vaishnava Divya Desams. It is strongly believed that the Darshan of the Universal deity on the mighty Garuda would shower boons and wash out all sins and bring good fortunes. 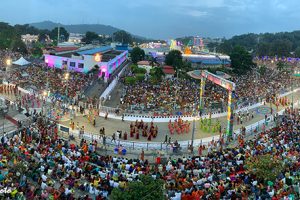 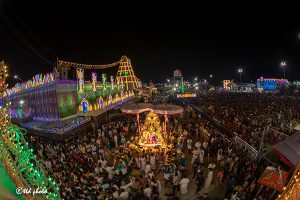 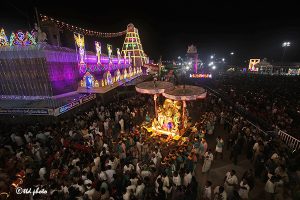 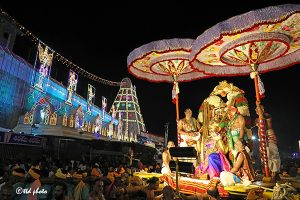 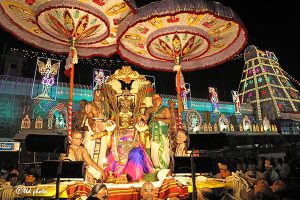 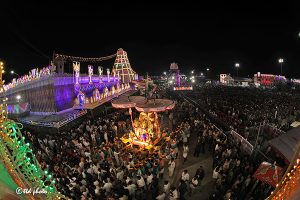 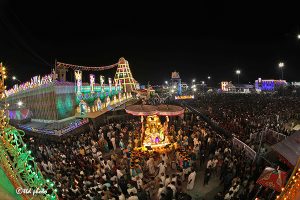 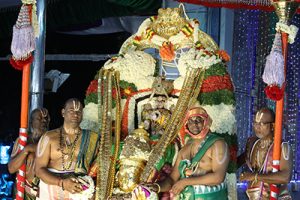 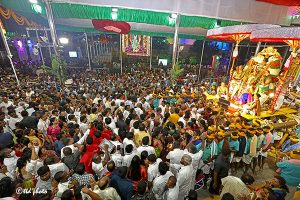 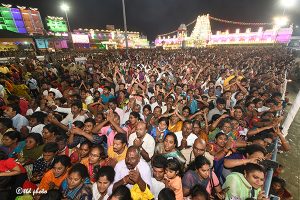 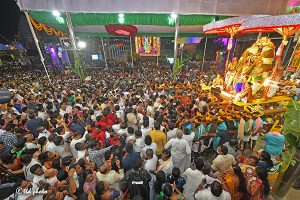 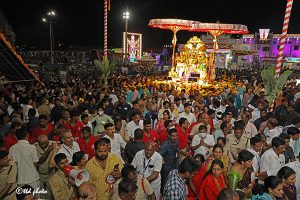 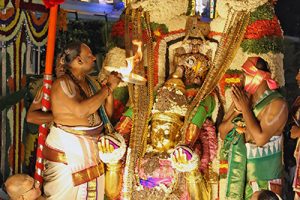 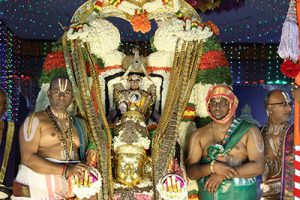 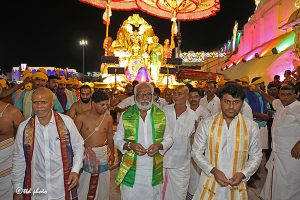