The third session is a technical session chaired by the chief engineer of TTD, Sri C. Chandra Sekhara Reddy and the technical experts have presented papers on moving platforms and other automated pilgrim queue systems.

Addressing the session, Sri Ranganathan of BNA technologies, said, the automated pilgrim queue system is specifically designed keeping in view its compatibility with the temple eco-system and is feasibility to provide hassle free darshan to pilgrims.

Further elaborating on the automated system, he said, “This system will not call for any kind of permanent fixtures and a speed limit is necessarily need to be adopted for clearing the pilgrims within 14-18hours and this system is feasible only during Mahalaghu darshan. Even the set up could be removed within 30minutes inside the sanctum to perform other sevas inside the mandapam and for storage it will not occupy much space and is a pilgrim-friendly set up”, he said.

In his power point presentation he explained that the system will enable pilgrims to get darshan for 20seconds if they were moved at a pace of 1.4km/hr in side the sanctum sanctum through this automated pilgrim queue systems. “In this way about 70thousand pilgrims can have a pleasant darshan. A ‘Yajna Vahanam’ which is an automatic gear vehicle (AGV) may be designed and each carriage will carry nine pilgrims so that they can have darshan without any disturbance”, he added.

The fourth session was chaired by Tirumala Joint Executive officer Sri K.Bhaskar said that being the saviours of society the media should play a vital role in the betterment of darshan facilities to pilgrims.

Addressing the session, Sri S.Nagesh Kumar, Deputy Editor of The Hindu, Hyderabad said that among all the temples spread across the country the holy hill shrine of Lord Venkateswara always spearheaded the nation with its round the clock services in terms of darshan as well accommodation and providing several other amenities to the visiting pilgrims. “With the increasing rush, TTD has been contemplating several alternatives to provide hassle free darshan and even planning to go hi-tech by introducing conveyor belts or moving platforms inside the sanctum. In fact it is an innovative solution as tampering is not possible and there will not be any push and pull of pilgrims inside the temple. Apart from creating amenities to pilgrims, they should also be educated about the do’s and don’ts to maintain the serenity and tranquility of the hill temple”, he added.

Later the Editor of Andhra Prabha Sri Vijaya Babu welcomed and appreciated the TTD’s idea of involving media in the seminar. He said there is no need to point out fingers at amenities and facilities being provided by TTD to pilgrims but the problem lies in darshan of pilgrims alone due to ever increasing crowd. He felt that there is a need improve the co-ordination among the employees for a better administration. . He suggested the temple management for a better crowd management to avoid push and pull inside the temple which is psychologically affecting the pilgrims. “The communication system is also need to be developed so as to impart the required information to a pilgrim in a righteous way which is more important for a system or administration to succeed”, he maintained. He complimented TTD for thinking in a broader way of introducing scientifically improved facilities at the same time protecting Agamas.

In his address, the News Head of Gemini TV, Hyderabad Sri Satyanarayana felt that Sudarshan need to re-instated and suggested TTD to go for more queue lines. “Tirumala is the renowned spiritual place in the entire world and it should not be made a recreation place or tourism centre”, he maintained.

He further said, “Pilgrims are ready to wait in queue lines but they just want a comfortable and hassle free darshan. There is an urgent need to bring change in the existing arjitha seva system so that more commoners could get a glimpse of Lord. Many people are vying to catch the glimpse of lord for a second at least once in her or his life time. This will be possible only if all the pilgrims are treated equally”, he said.

Later addressing the session, Smt. Prema, senior journalist of TV-9 invited TTD’s intention to use technology at the larger interest of pilgrims. “Apart from creating amenities to pilgrims, there is every need to create Bhakti(devotion) among the pilgrims”, she felt. She complimented TTD for bringing out revolutionary changes in streamlining darshan system and taking pro-pilgrim measures.

After the conclusion of first day seminar, the students of TTD-run Sri Venkateswara College of Dance and Music presented a dance ballet on Tirumala Vaibhavam. 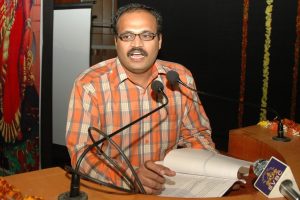 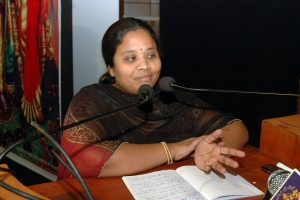 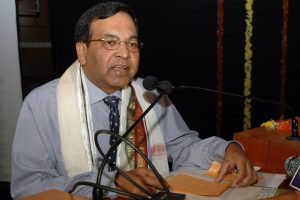 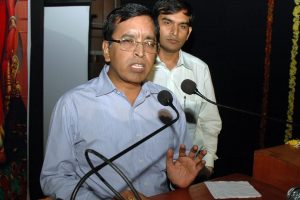 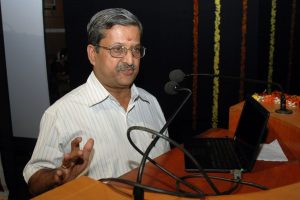 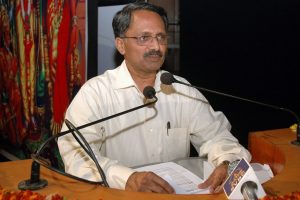 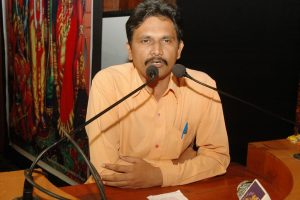 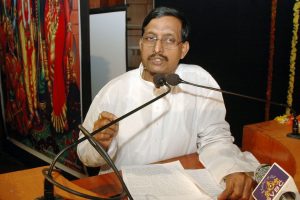