TIRUPATI, NOVEMBER 11:   The TTD executive officer Sri IYR Krishna Rao
said that the mandatory Laghu Darshan introduced by the temple management on Tuesdays and Wednesdays was a huge success as thousands of pilgrims utilized the opportunity.

The EO said nine left over compartments on Wednesday midnight by 12
have also been cleared by Thursday morning 9:30am through laghu
darshan alone.

However, based on the experience, Sri Rao said the temple the administration has decided to fine tune the darshan system and has taken two important decisions which included restricting the issuance of Sudarshan tickets to 7000 as against the 15,000 on Tuesdays and Wednesdays alone and there by facilitating the other darshan streams viz., Pratyeka Pravesha Darshan, Sarva darshan, Foot path pilgrims etc. Secondly, closing the Pratyeka Pravesha Darshan by 6pm on Tuesdays and Wednesdays, thereby enabling other darshan pilgrims to have laghu darshan.

The EO said the pilgrims will be given photo access cards after checking in to the vaikuntham queue complex compartments and come back at the indicated time to join the queue line for darshan without waiting in compartments. “This system which is already in operation for sarva darshan pilgrims will be soon extended to Rs.300 Pratyeka Pravesha Darshan pilgrims also”, the EO added. 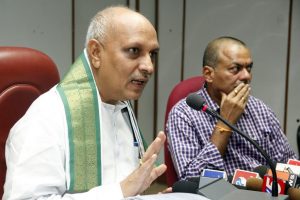 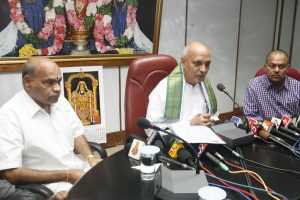