ONLY DARSHAN TICKET HOLDERS TO BE ALLOWED IN GALLERIES

Tirumala, 1 October 2020: As the Navarathri Brahmotsavams of Sri Venkateswara Swamy at Tirumala are scheduled in next couple of weeks, the Additional EO Sri AV Dharma Reddy reviewed over the arrangements need to be taken up for the same with all the departments in TTD in coordination with district management and police.

The review meeting took place at Annamaiah Bhavan in Tirumala on Thursday evening along with District Collector Sri Bharat Narayan Gupta. The excerpts from the meeting:

* To conduct the procession of Vahana Sevas in four mada streets allowing a limited number of pilgrims and those only with Darshan tickets into galleries including Garuda Seva.

* The morning Vahana Sevas will take place between 8am and 10am while the evening sevas between 7pm and 9pm including Garuda Seva on October 20.

* On Sixth day on October 21, there will be Pushpaka Vimana Seva while on October 23 the procession of Golden Chariot will take place.

* The annual fete concludes with Chakrasnanam on October 24

* Deployment of limited number of police and Srivari Seva Volunteers

* Limited number of Bhajan and Cultural  troupes, to perform before Vahana Sevas by HDPP and Dasa Sahitya Projects

* Arrangements for Floral and Photo exhibition at Kalyana Vedika 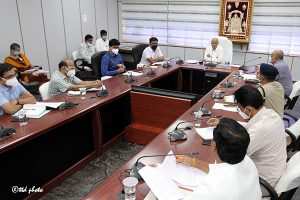 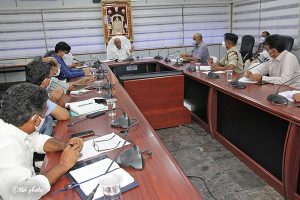 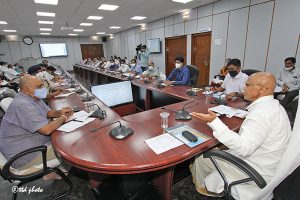 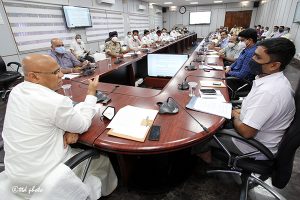