TIRUMALA, 12 MAY 2022: The annual three-day Padmavathi Srinivasa Parinayotsavam concluded with spiritual on the pleasant evening of Thursday at Narayanagiri Gardens in Tirumala.

Sri Malayappa Swamy was brought to the Parinayotsava Mandiram on a small Garuda Vahanam while both Sridevi and Bhudevi arrived on separate Pallakis.

Later Edurkolu, Varanamayiram, Poo Bantata were performed in a traditional way with a set of officials and religious staffs, one team taking the side of Swamy and another on the side of both the Goddesses, facing opposite to each other.

After these rituals, all the three deities were seated on a specially decorated swing. Later Chaturveda Parayanam, Srinivasa Gadyam, Sangeeta, Mela, Tala, Vaidyams were rendered on the auspicious occasion of the celestial marriage of the deities.

The entire event during these days took place under the supervision of Archaka Sri Ramakrishna Deekshitulu.

Sri G Madhusudhana Rao and his team of Annamacharya Project artists rendered Sankeertans in a mellifluous manner and enthralled the devotees who thronged to witness the divine marriage festivities.

After the devotional cultural rendition, the deities were rendered Harati and brought back to temple.

The Astalakshmi-Dasavatara Mandapam set by Pune based Sri Venkateswara Charitable Trust stood as a special attraction during the day celestial wedding ceremony.

About four tonnes of fruits, threw tonnes of flowers including 30thousnad cut flowers were used to decorate the Mandapam in a splendid manner. 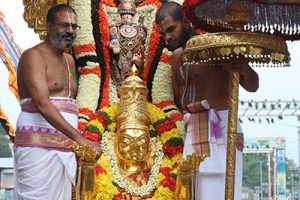 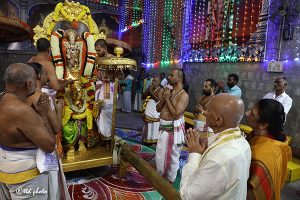 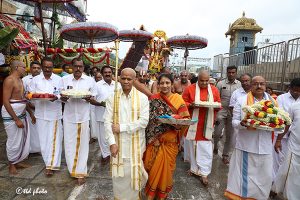 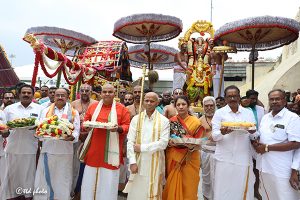 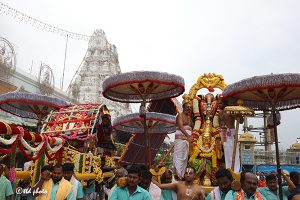 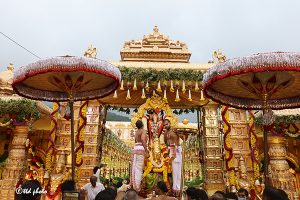 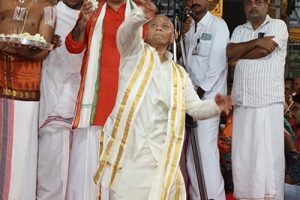 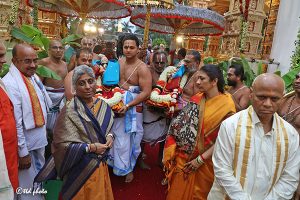 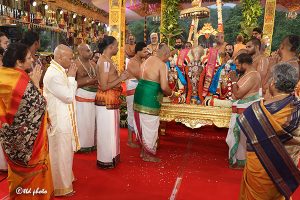 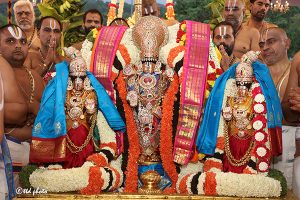 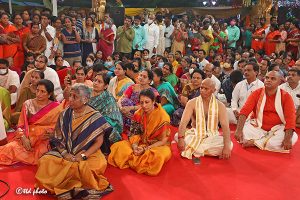 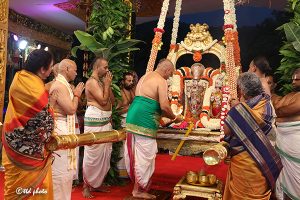 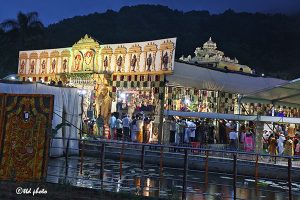 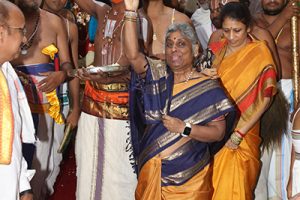 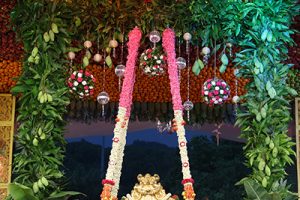