TIRUMALA, 11 MAY 2022: The annual three-day Padmavathi Srinivasa Parinayotsavam entered the second day on Wednesday evening at Narayanagiri Gardens in Tirumala.

Sri Malayappa Swamy was brought to the Parinayotsava Mandiram on a small Aswa Vahanam while both Sridevi and Bhudevi arrived on separate Pallakis.

Later Edurkolu, Varanamayiram, Poo Bantata were performed in a traditional way with a set of officials and religious staffs, each taking the side of Swamy and another on the side of both the Goddesses, facing opposite to each other.

After these rituals, all the three deities were seated on a specially decorated swing. Later Chaturveda Parayanam, Sangeeta, Sahitya Mela, Tala, Vaidyams were rendered on the auspicious occasion of the celestial marriage of the deities.

As per legends, it is on this auspicious day of Vaisakha Suddha Dasami, Srinivasa tied the nuptial knot to Padmavathi.

Harikatha Bhagavatar Sri Venkateswarulu rendered the celestial marriage of the deities in an attracting way which won the hearts of devotees.

After the devotional cultural rendition, the deities were rendered Harati and brought back to temple. 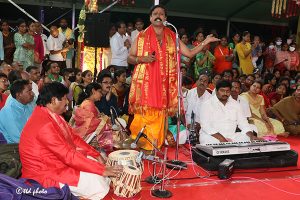 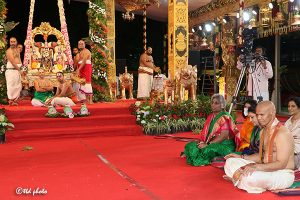 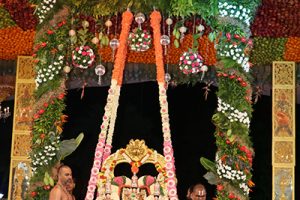 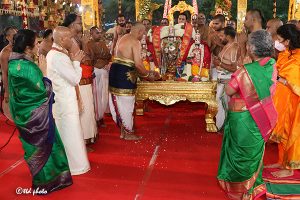 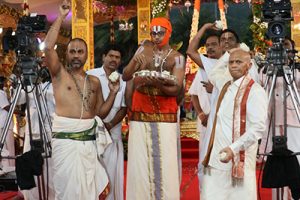 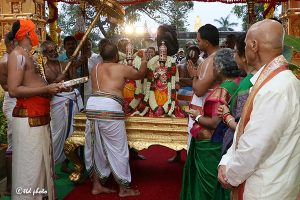 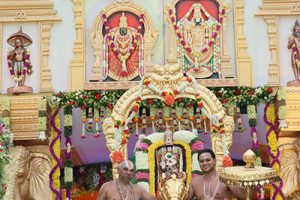 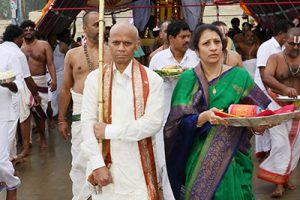 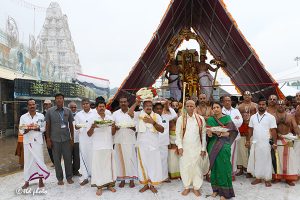