Tirumala, 15 Jan. 21: In connection with the Kanuma festival, the processional deity of Sri Malayappa Swamy along with Sri Krishna Swamy participated in Paruveta Utsavam at Tirumala on Friday.

This unique festival took part at Paruveta Mandapam located in the dense forests of the Seshachala ranges. Lord as Panchayudhamurthy, holding all His five weapons participated in the mock wild hunt.

The priests enacted the mock hunt by throwing the weapons thrice and killing wild beasts on behalf of the Lord.

As part of the event in the afternoon, Sri Malayappa Swami and Sri Krishna Swami were brought on separate Tiruchis to the Parveta Mandapam and offered Punyahavachanam, Aradhana, Nivedana and Harati.

While returning from Parveta Mandapam to Srivari temple, Sri Malayappa Swamy received a stick presented by the representatives of Hathiramji Mutt. 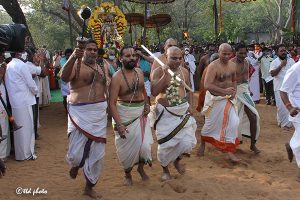 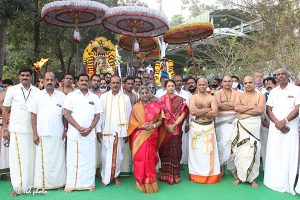 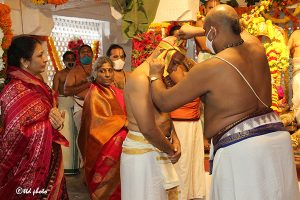 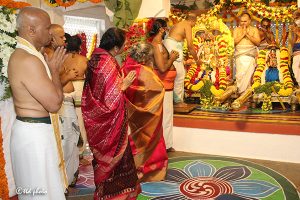 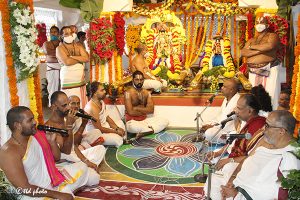 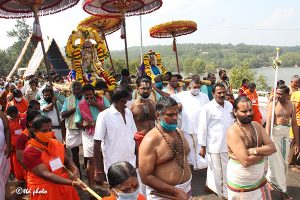 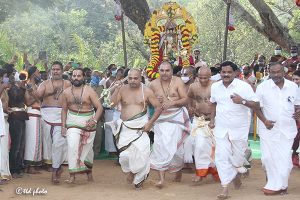