TIRUMALA, 21 JANUARY 2023: The Aradhana Mahotsavam of Kannada Sangeetha Pitamaha,  Saint Poet Sri Purandhara Dasa was held with utmost spiritual fervour with hundreds of Dasaparas hailing from Karnataka, Tamilnadu apart from twin Telugu states having participated in the event at Tirumala on Saturday evening.

On the auspicious occasion, Sri Malayappa Swamy flanked by Sridevi and Bhudevi reached Narayanagiri Gardens after Sahasra Deepalankara Seva and unjal seva was performed on the occasion. The Special Officer of Dasa Project Sri Ananda Theerthacharya briefed about the impeccable services offered by Saint Purandhara Dasa to the world of Bhakti through his 4.75lakh sankeertans.

Later a team of Dasaparas presented some versatile kritis of Sri Purandhara Dasa on the occasion starting with Guru vandana, followed by Bandalo Mahalakshmi, Ba ba Ranga, Yadava Nee Ba Yadukula Nandana, Sakalagrahaphala Neene and many more in a melodious manner enthralling the devotees in the ocean of Bhakti. Another team of Dasaparas presented dance ballet to each and every sankeertan and allured the devotees.

HH Sri Sujayanidhi Theertha Swamy of Sripadaraja Mutt of Mulabagula in Karnataka graced the occasion and rendered Anugraha Bhashanam. He recalled the great Nama Sankeertana service offered by Sri Purandharadasa with his soulful Sankeertans. “He is immortal since we are all rendering the Bhagavannamas through his Sankeertans even after several centuries and the same will continue in future also”, he said.

Later he was presented with the prasadams of Srivaru. The seer offered blessings to JEO (H&E) Smt Sada Bhargavi and other participants. 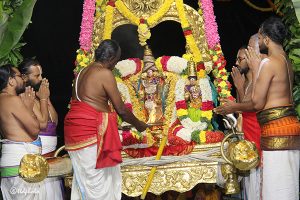 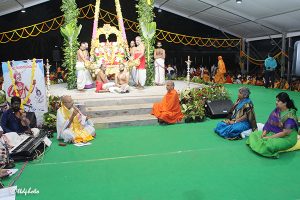 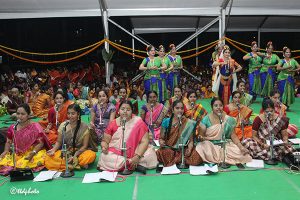 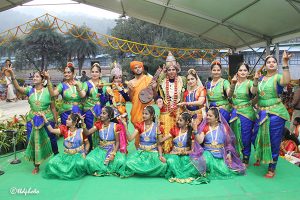 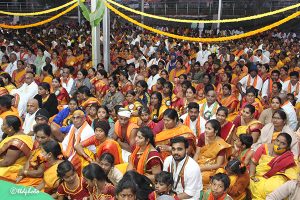 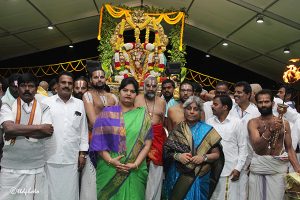