FRAGRANCE OF FLOWERS SPREADS AT TIRUCHANOOR

Tiruchanoor, 2 Dec. 19: It was  a colourful evening spread with the fine fragrance of tonnes of aromatic flowers on the occasion of Pushpayaga Mahotsavam at Tiruchanoor on Monday evening.

Explaining the importance of Pushpayagam,  Pancharatra Agama adviaor Sri Srinivasacharyulu said, the purpose of the divine event was to ward off any ill impact of any lapses, if any , which occurred in the temple , by devotees or temple staff and archakas during the Brahmotsavams. Hence it is also called “Pariharotsavam”.

The divine beauty of Goddess Padmavathi enhanced on the bed of four tonnes of 14 varieties of flowers and six varieties of leaves.

To commence with, the sacred Tulasi leaves were offered to Goddess followed by Ixora,  lillies, Chrysanthemum,  Ganneru, roses, lotuses, Kanakambaram, an amalgamation of Bilva and Panneer leaves, Manoranjitam and Mogali were rendered in a colourful manner amidst chanting of Chaturveda Parayana by vedic scholars.

The devotees were spell bound by the beauty of Goddess on the bed of flowers.

Earlier during the day Snapana Tirumannam was performed to the deity in Sri Krishna Mukha Mandapam.

The flowers were brought in a colourful procession from Asthana Mandapam to Krishna Mukha Mandapam in the afternoon. Nearly 100 sevaks took part in the fete.  Garden Deputy Director Sri Srinivasulu,  Superintendent Sri Gopalakrishna Reddy and others were present. 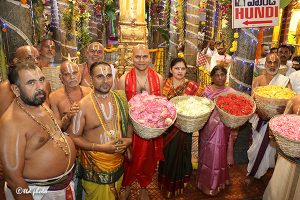 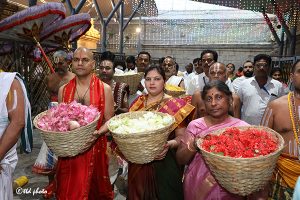 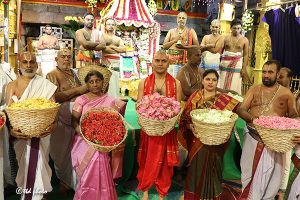 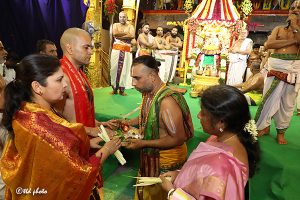 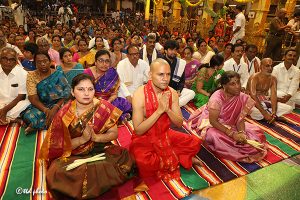 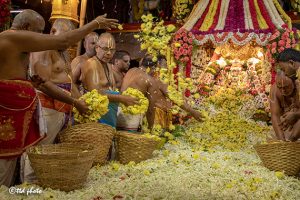 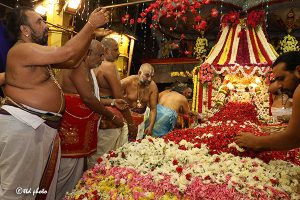 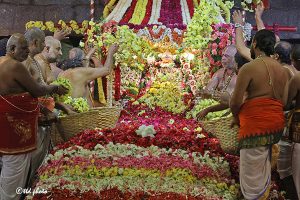 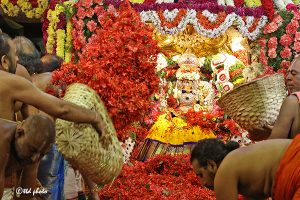 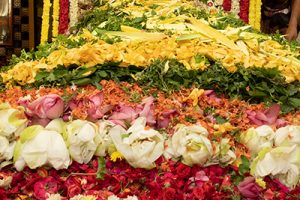 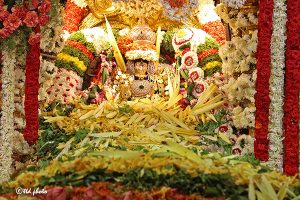 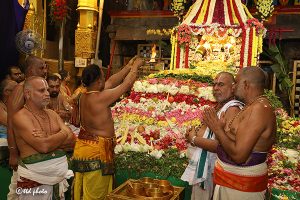 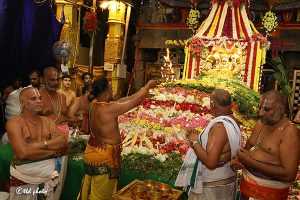 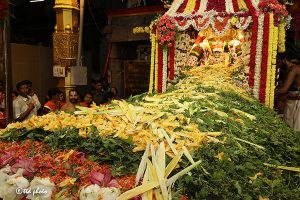 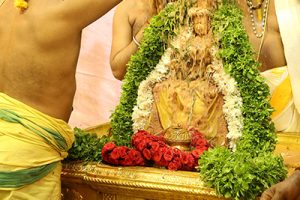 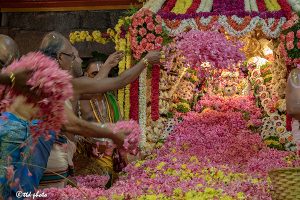 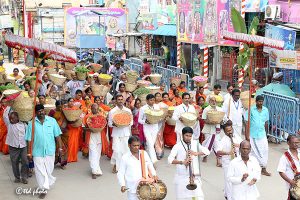 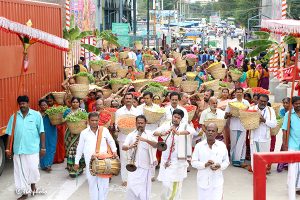