He said the yagam will be performed daily up to 1300 hours and again commence t from 1500 hours to 1800 hours in 12 Homa kundas established in the middle of sprawling red sanders plantation in the  Vedic University complex and the TTD had sanctioned Rs 3 lakhs for the event in its last board meeting.

The 21-day yagam will be conducted under the guidance and supervision of Kurthala Siddeswari Peetham Peethadhipathi Sri Sri Sri Jagathguru Siddeswarananda Bharathi mahaswamy, who has already arrived in the temple town on Chaturmasa Deeksha for two months, he said.

The grand Dharma Rakshana Mahayagam, a rare event is conducted for the well-being of humanity and peace and tranquillity in the country and to protect dharma in the society, the Chairman said.

Speaking on the occasion, Kurthala Peethadhipathi Sidheswaranandabharathi Swamy said that irrespective of caste and creed every one who had  ‘faith’  and belief in the Almighty could participate in the yagam.

The Swamiji said Sudarshana yagam, Chandi, Venkateswara and Navagraha yagam will be performed during the 21-days  Yagam and is expected to yield good results as it was being performed in the auspicious vicinity of the  Divyaksheetram.

Earlier, the Chairman said a  3-day festival will be held from August 14 to synchronise with the completion of a year-long celebration of the  Naada neraajanam where renowned artists across the country performed which included a daily telecast of the classical event by the TTD-run SVB channel.

The highlight of the anniversary celebrations of    Naada neraajanam is the performance of a ballet on Ramayana by an artists team from Indonesia.

The chairman further said in all  25 Padmasri artists, eight Padma Bhushan and six Padma Vibhushan awardees performed at the Naada neerajanam stage established in front of   Srivari Temple at Tirumala during the year.

He said the sixth phase of the Sri  Kalyanamastu (mass marriages) programme will be launched on August  14th  at  Lalithakalatoranam in Hyderabad where nearly 100 couples will tie the knot on auspicious Muhurtam. So far   34,000 poor couple were married off in the five phases of kalyanamastu (mass marriages) programmes held at various places in the state.

The chairman said in a phased manner, that the Kalyanamastu program will be conducted across the state and also  Tamil Nadu and Karnataka states.

He said that on  August 12, Srinivasa Kalyanam will be held at Kaivaram located near  Chintamani between Madanapalle –Bangalore road.

Among  others who participated in the meeting were  Kailashpuri Swamy of Karnataka,   Prof  Sudarshana Sarama, vice-chancellor of  Sri Venkateswara Vedic University and  HDPP Secretary Dr Kavita Prasad and others. 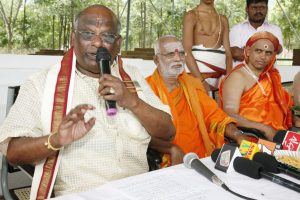 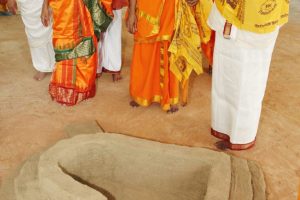 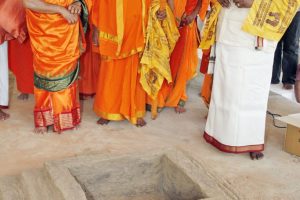 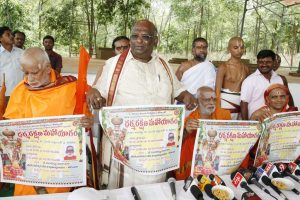 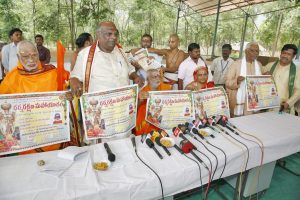