Tirupati, 26 March 2009: Facilities being provided to the pedestrian pilgrims have to be streamlined told Dr K.V.Ramanachary, Executive Officer, TTDs. On Thursday morning he has conducted the review meeting with the officials at TTD Adm Bldg, Tirupati.

While speaking with officials he has informed the necessary software may be prepared so as to cater for the needs of the pilgrims. He asked the Supdt Engineer, Tirumala to arrange necessary control rooms at Galigopuram, PAC-II and in VQC-II to operate token issue counters at an early date.

He has asked the EDP Manager and Reception Officials to arrange lockers, tonsuring and meals facility at PAC-II where nearly 2000 pilgrims can stay at a time. Separate compartments may be earmarked for the pilgrims at VQC-II he told special Officer, Tirumala. Later, he said that all these arrangements have to be completed at an early date. 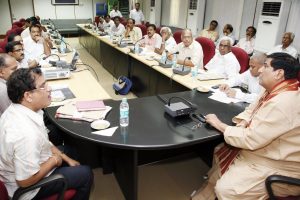 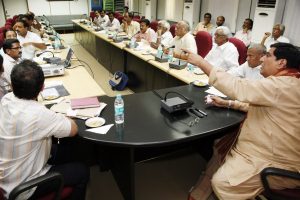